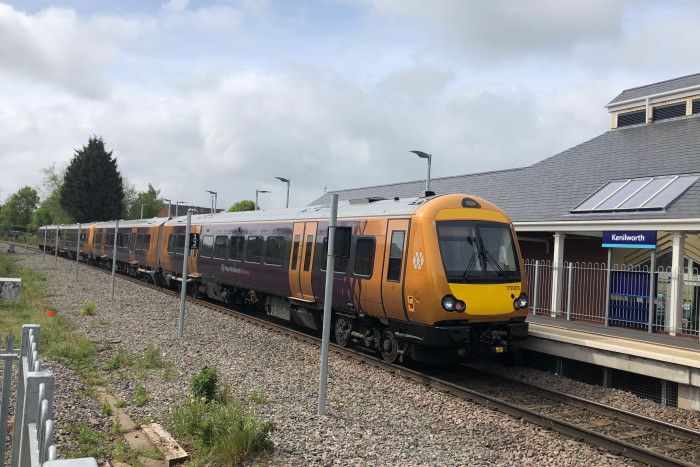 West Midlands Railway have announced that the first test run of a Class 172/0 has been successfully completed between Leamington Spa and Nuneaton. The test happened on Sunday 28 April when a four car train - made up of two units cascaded from London Overground - made the first through journey between the two stations.

A new hourly service will start on Monday 20 May and will operate on Monday to Saturday. A new Sunday service will also be created, operating as two services connecting at Coventry. These rolling stock improvements will transform the line as the Class 172/0 is introduced and will replace the Class 153 units that currently operate on the route in single carriage formation.

“These Class 172/0 trains will significantly improve the experience for our passengers, with more carriages, more seats and a newer train to cater for the growing popularity of the route. As well as the two units being used for our Leamington Spa to Nuneaton services, we will also have another six of these trains in our fleet by the end of May, to bring further benefits elsewhere on the network.”