Shotts line electrification completed on time and on budget 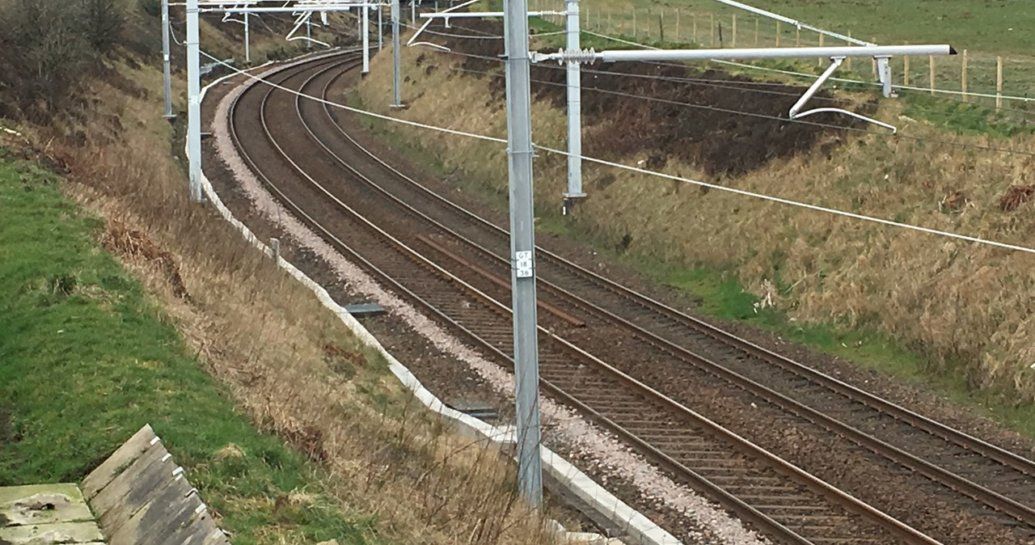 Network Rail are proud to announce that the Shotts line electrification scheme has been completed on time and on budget, creating a fifth electrified route between Scotland’s largest cities. This scheme will reduce journey times on the route as well as add more capacity on more efficient and reliable electric trains.

Engineers working on the project took 1 million hours to install the 1,400 masts that have been erected to carry the 223 kilometres of overhead wires needed to electrify the line. Modifications to bridges were also needed in 17 locations, with some being removed and some reconstructed to make space for the new overhead lines.

“Today’s announcement is further proof of Scottish Government commitment to Scotland’s Railways. This £160m investment in the Shotts line will be genuinely transformational, enabling new, longer and faster trains and providing a better travelling experience for passengers all along this route for many years to come. As well as improving connectivity between North Lanarkshire and West Lothian, the investment will both stimulate growth in passenger numbers and make it easier for people from these communities to connect to employment, education and leisure opportunities in our largest cities.”

“We are delighted to have completed this project on time and on budget as it will help to deliver additional capacity and journey time improvements to support both passenger and freight growth. Electrification is transforming travel across the central belt of Scotland – increasing the number of seats, reducing journey times and cutting emissions by introducing more modern and greener trains to the route. We appreciate that this work has at times been inconvenient for those travelling on the route However, we are confident that the longer-term benefits that the work enables will prove to be worthwhile.”