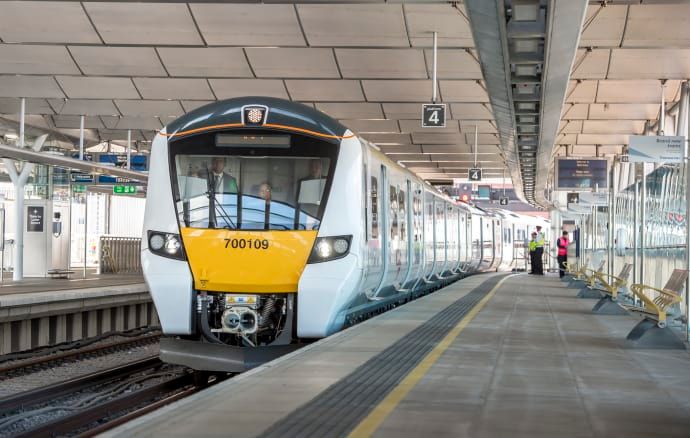 Thameslink commuters on the route between Cambridge and Brighton are due to benefit from over 2,000 extra seats to and from the capital at peak times in the morning and evening when the summer timetable comes into force. Starting on 20 May and running Monday to Friday, Thameslink will be doubling the frequency of the new Cambridge-Brighton cross-London service so that two trains an hour will run in each direction.

These extra trains are planned to run for most of the day, giving passengers on the route from Cambridge, via Hitchin and Stevenage, new half-hourly services to and from Gatwick, as well as central London. A total of 31 extra services will be added, 13 of them in the peak and 29 of them on Thameslink with one extra off-peak service on Southern and Gatwick Express apiece.

Weekend Thameslink trains also receive a significant boost with 180 extra services on Saturday and 100 extra on Sunday. These comprise of a combination of previously removed services and new trains including Cambridge to Brighton on Saturdays and Cambridge to Gatwick on Sundays and a doubling of the trains from Rainham via Dartford and Greenwich both Saturday and Sunday.

In direct response to customer requests, some weekday peak services will also make additional stops at places such as Preston Park on Gatwick Express, Hassocks on Southern and Knebworth and Letchworth on Thameslink.

“Thameslink’s new service between Cambridge and Brighton has been really well received by passengers. By doubling its frequency we’ll create seats for 2,000 more commuters each morning and evening and provide a further boost to the economies of these two important cities.

“Leisure travellers will love the new service too: we’ll have half-hourly trains from the Cambridge route direct to London and Gatwick, and Thameslink will be much better at the weekends.

“We already have 400 more services a day than this time last year and punctuality on GTR is the best it has been for four-and-a-half years with almost nine out of 10 trains arriving on time last month.”