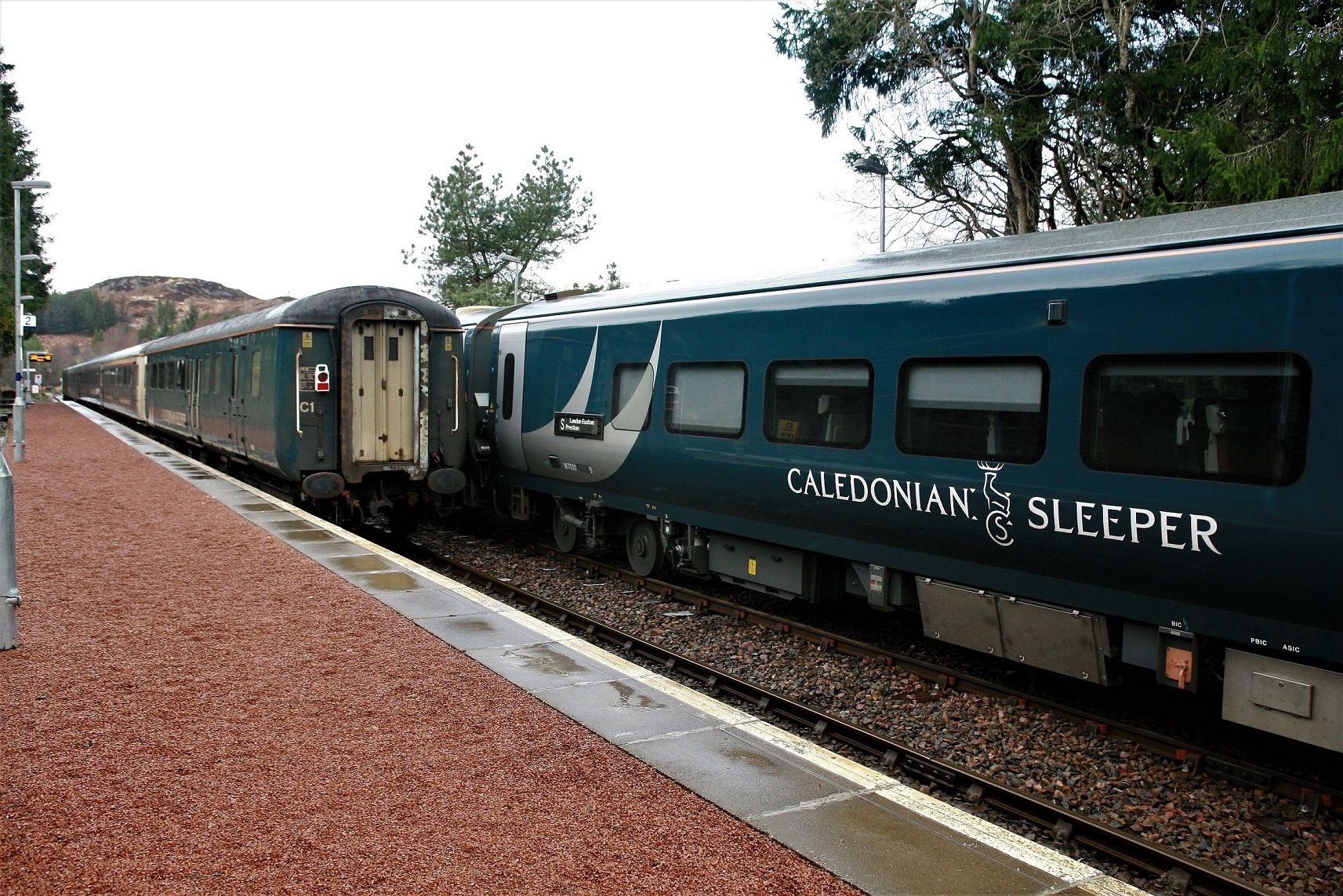 The future of the Caledonian Sleeper met the present fleet out on the network recently as a set of Mk5 coaches out on testing passed the current Mk3 coaches at Tulloch Station. It happend as six of the new carriages were out for winter testing, running between Polmadie in Glasgow and Fort William on the West Highland Line.

With trial operations nearing their final phase, preparations are being made to start introducing the new state-of-the-art fleet from the end of May. The fleet, built at a cost of over £100m and part funded by a capital grant from the Scottish Ministers of £60m, has been designed to accommodate the modern-day traveller and cater to both business and leisure travel guests. A range of accommodation options will be offered, including:

The trains are due to be initially introduced on the Lowlander route between Glasgow / Edinburgh and London before being rolled out onto the Highlander route which serves Fort William, Aberdeen and Inverness.

“We only have a few weeks of testing left so it feels fitting that our current trains were able to sit alongside our new trains in the wild.

“It’s particularly symbolic because ‘old meets new’ is something we really want to capture when we debut our new carriages. We aim to offer a timeless experience and magical journey for guests, combining the nostalgic feeling of railway travel with modern facilities that travellers expect.”