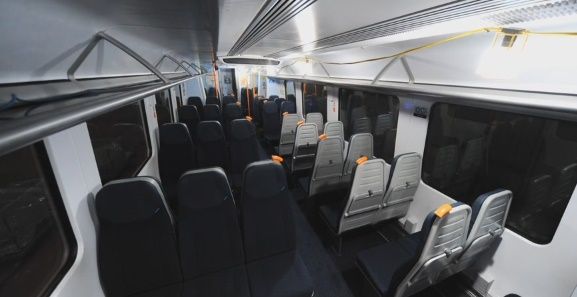 South Western Railway (SWR) have announced that the introduction of the newly refurbished Class 442 fleet has now been delayed due to the discovery of an issue with one of the door safety systems.

The fleet were originally due to be introduced into passenger service next week with the commencement of the new timetable but a decision has now been made to delay the introduction until the issue can be rectified. Two new services were also planned to be introduced as part of the fleet introduction but these will now also be postponed.

“We had planned to introduce three newly-refurbished 10-car Class 442 trains with the start of the new summer timetable but unfortunately an issue with a safety feature of the doors has emerged this week. Until this issue is rectified we cannot put the trains into service and risk passenger injury. Safety has to be our number one priority.

“Clearly not being able to run them will have some implications, but our train planning team has worked hard to mitigate the effect of this on our customers, with the result that we expect to suspend no more than ten of the 300 planned new services each week when the summer timetable starts (Sunday 19 May). Meanwhile our engineers will continue to work hard to resolve the safety issue so that the Class 442 fleet can be safely introduced, and the full benefits of the new timetable can be realised.

“Although the issue with the Class 442s is a set-back it does not alter the fact that the new timetable will see the introduction of around 300 additional services every week, providing new journey opportunities for customers across our network.”