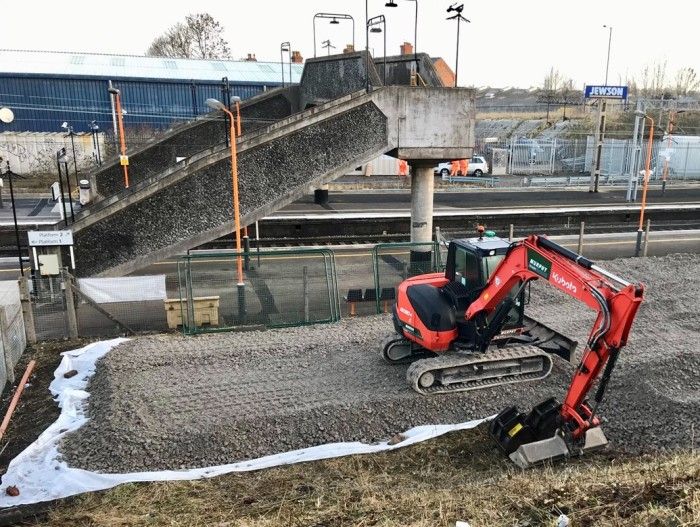 Work is due to start later this month in a major project to install new lifts, ramps and a footbridge at Stechford station to ensure step-free access across all three platforms for the first time. The upgrade - costing £3.9m - will make the station accessible for everyone and is due to be completed before the end of 2019.

The station is located on both the West Coast Mainline and on the line between Birmingham New Street and Birmingham International and has regular daily services to and from London. A temporary footbridge will soon be built on site to minimise disruption to passengers while the work continues.

The investment has come directly from the Department for Transport’s 'Access for All' programme, which was launched in 2006 to improve accessibility at railway stations nationwide. It forms part of Network Rail’s five-year, multi-billion-pound Railway Upgrade Plan, which is the biggest investment in the railway since Victorian times.

“The accessibility improvements at Stechford station form part of our Railway Upgrade Plan. Network Rail will unlock the railway network for many people in and around Stechford, allowing them easy access to travel that was previously not possible. We are working closely with the station operator, West Midlands Trains, to ensure our work brings as little disruption as possible to neighbours and passengers.”

“We are committed to creating a transport network that is accessible for everyone, which is why it is great to see another station benefitting from our Access for All programme. So far we have provided step free, accessible routes at more than 200 stations, and we have committed a further £300m to extend the programme until at least 2024.”

“Improving accessibility at Stechford is a key part of our plans for local rail users as we continue to respond to the popularity of rail travel across the West Midlands. As part of our £1bn investment into our network, the station will see new trains operating to and from the capital from 2021. This will significantly increase capacity on trains on the line. Everyone is welcome to travel with us and we are constantly looking at ways to make it easier and simpler for passengers to use our services.”