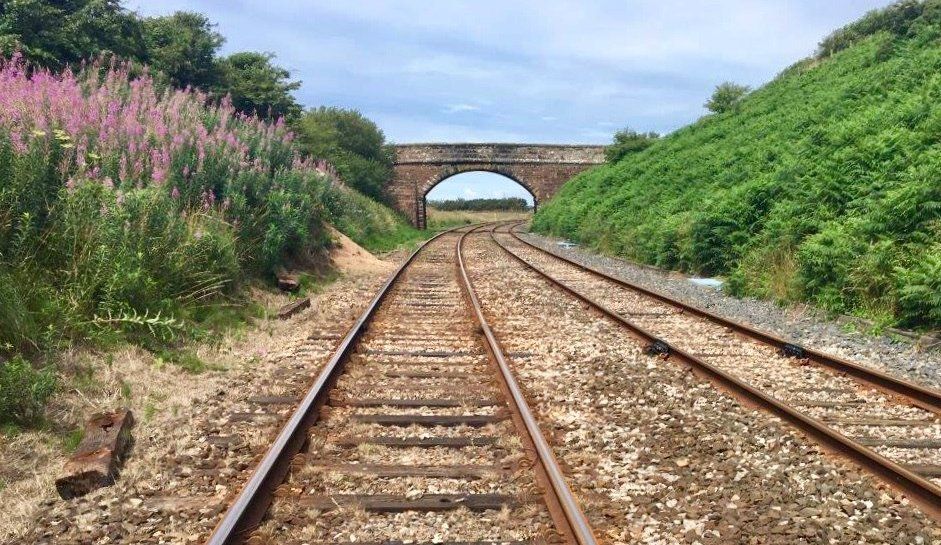 Network Rail have announced that they are to invest £3m to replace 5,000 yards of ageing and worn out track on the Cumbrian coast line that will provide smoother, faster and more comfortable journeys for passengers.

The poor state of the track on the Cumbrian coast line has increasingly resulted in temporary speed restrictions in places and this work - part of the Great North Rail Project - will see an upgrade between Silecroft and Bootle in West Cumbria.

The work will take place over six consecutive Sundays from 6 January until 10 February 2019 and trains will be replaced by buses between Whitehaven and Millom while the railway is closed for the work. A further eight overnight possessions will take place when trains aren't scheduled to be running on the line.

Trudy Harrison, MP for Copeland, said: “Living opposite Bootle train station, I often see (and hear) the extensive works taking place during the night when there are no train services running. Whilst inconvenience will be inevitable, I absolutely welcome this investment. The old track is responsible for much of the delays and cancellations, and the necessary speed restrictions obviously have knock-on effects. This is essential investment into the out of date railway that we desperately rely on, and I both commend the patience of local people and that of Network Rail.”

Stephen Kearns, route asset manager for track at Network Rail, said: “This £3m investment to modernise the Cumbrian coast line is being delivered as part of the Great North Rail Project, and will help support the economy of West Cumbria and enable better journeys for passengers for decades to come. The essential work has been carefully planned to cause the least disruption. We will be working mid-week nights and over six Sundays between 6 January and 10 February to upgrade 5,000 yards of rail, sleepers and railway stone. Passengers should check with National Rail Enquiries or Northern for the latest travel information.”

Chris Jackson, regional director at Northern, said: “The improvement work being carried out by Network Rail is great news for our customers in Cumbria. The work also coincides with the planned removal of the old Class 37 locomotives which will be replaced on the Cumbrian Coast with more Class 156 trains. During the improvement work we will liaise closely with Network Rail to keep disruption to our customers to an absolute minimum, and I’d like to thank those customers for their continued patience.”