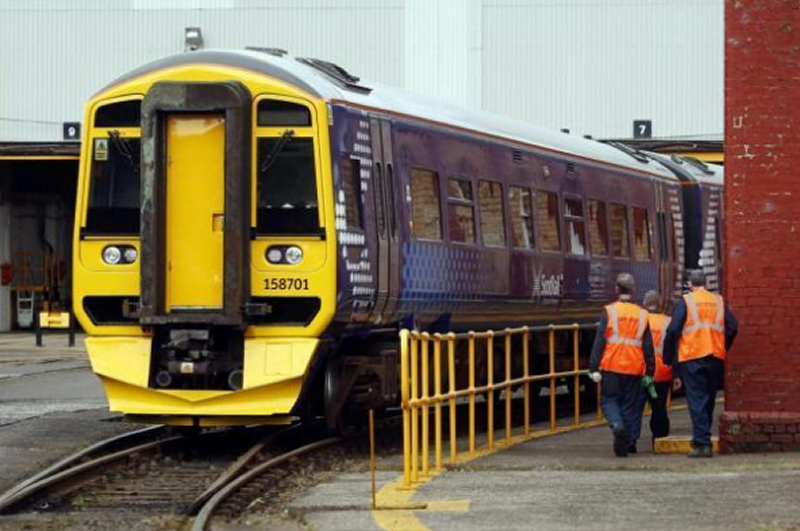 The RMT has slammed the decision from Gemini to close Springburn depot after the company confirmed the closure would go ahead. The union has called this a betrayal of the Scottish rail industry and has pledged to step up the fight for the whole Scotrail operation, including support facilities, to be taken into public ownership.

"Tonight's news on Springburn is a disgraceful betrayal of the rail industry in Scotland and those politicians who have sat on their hands while this carve up has been allowed to let rip will have a heavy price to pay.

"It is frankly disgusting that Gemini haven't even had the guts to tell the Springburn staff face to face that they are pulling the plug and have chosen instead to notify them through the media. That is pure cowardice by the company.

"‎Gemini might think they can walk away from 160 years of history and 200 engineering jobs but RMT won't. The case for Scotrail and it's engineering and fleet support to be taken into public ownership is now overwhelming. The campaign to save Springburn and rail engineering jobs in Scotland is far from over. "