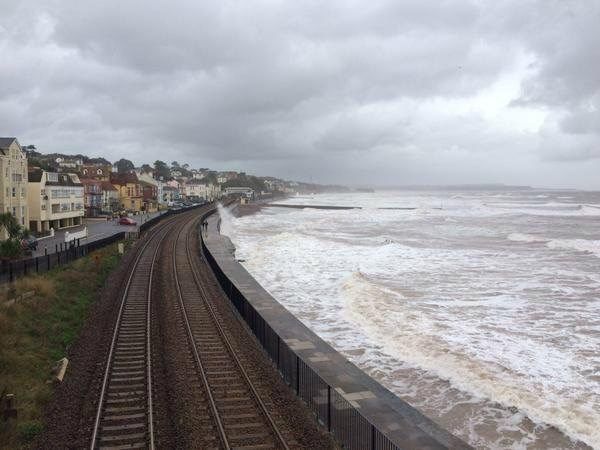 Following a severe weather warning by the Met Office, Network Rail has taken the decision to close the railway line through Dawlish this morning. The last train allowed through was the Night Riviera Sleeper service from London Paddington to Penzance during the early hours of this morning, the line is then expected to be closed until at least midday to allow inspections to be carried out.

Both GWR and CrossCountry will be affected by this closure and will be unable to operate trains through the affected area. GWR will continue to operate trains between London Paddington and Exeter St Davids, and between Newton Abbot, Plymouth and Penzance but there is a possibility some trains may be cancelled at short notice or delayed. A replacement bus service is operating between intermediate stations in the affected area. Customers should check before they travel for the very latest information.

“Safety is our priority and owing to expected extreme weather tomorrow no services will be able to run through Dawlish and Teignmouth in the morning. Strong winds and high tides are expected and once the poor weather has passed our engineers will inspect the railway and reopen the line once it is safe to do so. We apologise for any inconvenience caused and thank passengers for their patience.”

“We support Network Rail’s decision to ensure the safety of rail users, and we’re ready to run trains again as soon as it is safe, and we are given the green light, to do so.”