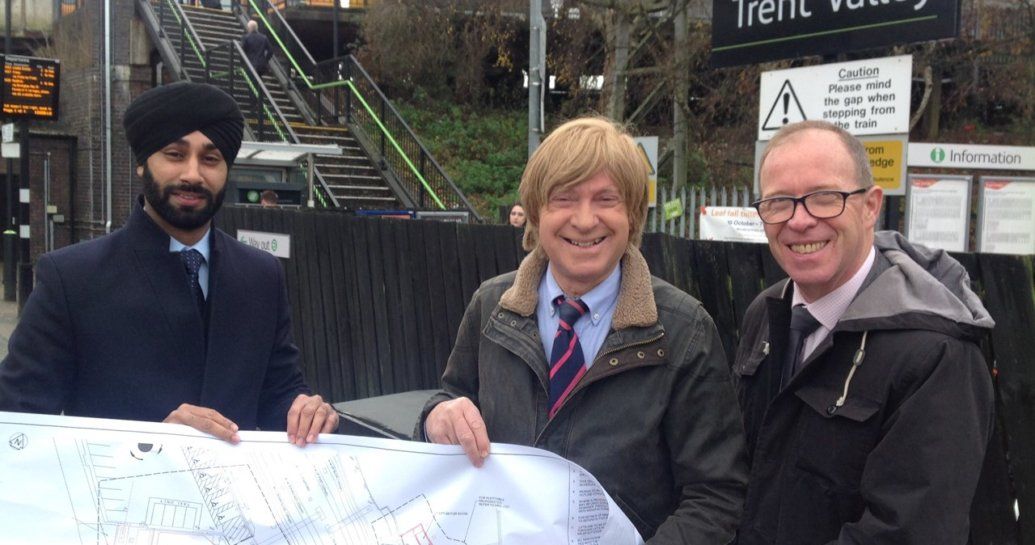 Network Rail has started a £2.3 millino project at Lichfield Trent Valley to install new lifts as part of the ‘Access for All’ upgrade, which will transform the way people with all mobility needs use the railway.

Passengers using both the West Coast Main Line and Cross City Line will benefit from these improvements , with two brand new lifts providing step free access to all platforms for the first time. The split-level station is on one of the busiest commuter lines outside the south east of England.

The ‘Access for All’ programme was originally launched in 2006 by the Department for Transport in order to improve accessibility at railway stations nationwide. It is part of the five-year, multi-billion-pound Railway Upgrade Plan from Network Rail and is regarded as the biggest investment in the railway since Victorian times.

Passengers are advised that no disruption will be caused to journeys as a result of this upgrade, but the station will look and feel different while the work takes place.

Harpreet Singh-Moore, Network Rail scheme project manager, said: “This upgrade will unlock the railway network for many people in and around Lichfield, allowing them easy access to travel that was previously not possible. We are working closely with the station operator, West Midlands Railway, to ensure our work brings as little disruption as possible to passengers at the station, which will only be until early summer 2019.”

Nusrat Ghani MP, transport accessibility minister, said: “The new lifts at Lichfield will allow disabled passengers to access the station independently and with confidence. It’s vital that we remove barriers to travel faced by disabled people across the network. We know we are making good progress towards this goal, as 75% of passenger journeys are now via stations with step-free access. However, there is more to do, which is why we announced up to £300m as part of the Inclusive Transport Strategy to extend the Access for All programme. This will allow more stations like Lichfield Trent Valley to develop new accessible features that makes rail accessible to everyone.”

Michael Fabricant, MP for Lichfield, said: “Having campaigned for years for this improvement, I was very pleased to meet with Network Rail to show me where they plan to install the two lifts that will give disabled access to all platforms. This will be a major improvement to this important local interchange railway station which connects the all-important West Coast Main Line with the Cross City Line. I also took the opportunity of showing them the step only access to the station from the new car park on the ‘London side’ platform. We need a ramp to provide disabled access there too. I understand the lifts will be fully operational in June 2019.”

Richard Brooks, customer experience director for West Midlands Railway, said: “Improving accessibility at Lichfield Trent Valley is a key part of our plans for local rail users. New trains are being built in Derby for both London Northwestern Railway and West Midlands Railway passengers on the West Coast and Cross City Lines as we continue to respond to the popularity of rail travel across the region.”