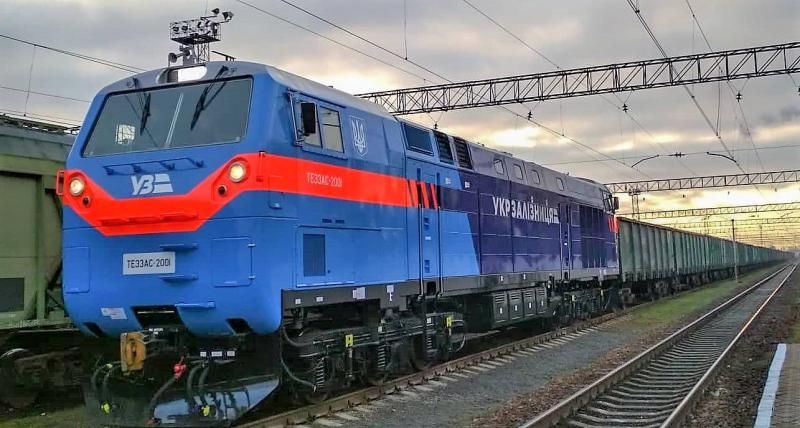 GE Transportation and Ukrainian Railways have announced that the first Evolution Series locomotive has entered service in Ukraine as part of an ongoing programme to comprehensively upgrade the country’s diesel-electric rail fleet. The end goal is to completely modernize Ukraine’s transportation infrastructure and help accelerate long-term economic growth.

Following the order made for 30 locomotives in the first quarter of 2018, this is the first milestone of a long-term framework agreement between GE Transportation and Ukrainian Railways. The agreement also means that the two companies will also work together to explore the possibility of additional locomotives over a 10 year cycle along with the rehabilitation of existing locomotives, and long-term maintenance services.

The locomotives - designated TE33A - are intended for grain, ore, and metal traffic throughout Ukraine, from the country’s industrial and agricultural heartland to key ports along the Black Sea coast. Most production on the initial batch of locomotives is carried out at a GE Transportation facility in the United States, with certain final work localized at the Kryukov Railway Car Building Works in Kremenchuk. As time progresses, the intention is to increase production methods in Ukraine, helping further bolster local job creation in the country.

Designed to work in a much wider range of temperatures than normal, along with the operating conditions of the 1520mm-gauge used in Ukraine, the TE33A locomotive features a 12-cylinder, 4,500-horsepower Evolution-series engine with EU3A emissions-level compliance. This means high power output, lower lifecycle costs, improved reliability and greater flexibility. Over 300 TE33A locomotives are already in operation in half a dozen countries that use the 1520mm-gauge.

“Today’s launch of GE locomotives onto the Ukrainian Railways network is a great demonstration of the successful start of our long-term cooperation with our American partners. The delivery timeline remains on-schedule, and on our side we are fully prepared to operate and maintain the locomotives. We are planning to continue our cooperation program with GE in 2019.”

“We are proud to celebrate with Ukrainian Railways the commissioning of the lead locomotive of the next generation of Ukraine’s diesel rail fleet. Together, we are taking concrete steps that will help boost network capacity to meet growing freight demand. This achievement further demonstrates GE Transportation’s leading role as a provider of high-tech solutions that are helping customers around the world deliver goods and services at greater speed and lower cost.”