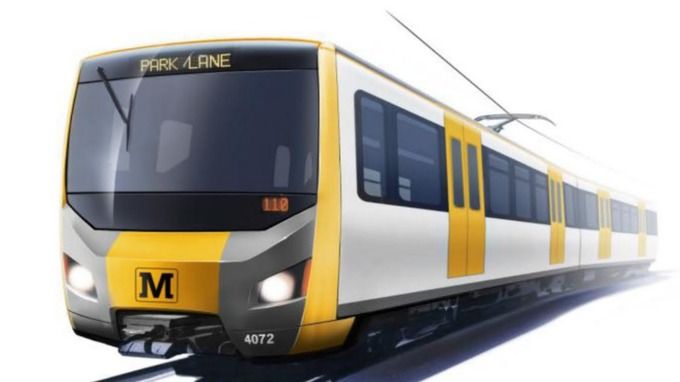 Nexus have today revealed five bidders shortlisted to design, build and maintain the next generation fleet of trains for the Tyne & Wear Metro. The public body has now entered negotiations with all five with the intention that the process will be narrowed down to one bid by the end of the year.

Following the end of the bidding process, it is anticipated that the new fleet will enter service in early 2020 and will serve a network that carriers over 35 million passengers annually, connecting cities such as Newcastle, Sunderland and the surrounding areas.

Transport Secretary Chris Grayling said: “The Tyne and Wear Metro has been an essential part of the public transport network in the North East for 40 years. That is why the Government is committed to investing nearly £340 million to upgrade the fleet and secure its future for decades to come.

“We are committed to the Northern Powerhouse and northern investment. In the five years up to 2020, we will have spent £13 billion improving and modernising transport in the region – a record level of investment.

“We are also investing £3 billion to upgrade the Transpennine route and are proving an extra 500 carriages with space for 40,000 extra passengers and 2,000 additional services each week across the north.”

Tobyn Hughes, the Managing Director of Nexus, said: “Our investment in new trains will transform passengers’ experience of the Tyne and Wear Metro.

“We have issued an Invitation to Negotiate to five bidders who, between them, are building trains for many of the world’s biggest cities and rail networks. This marks an important milestone as we work with them to provide an excellent Metro for North East England for decades to come.”

The five shortlisted bidders are as follows:

With an expected cost of £362m to design and build the new fleet, Nexus has secured Government grant funding of £337m towards this total. With projected ongoing maintenance of the fleet over 35 years, the total contract value is expected to be around £500m.