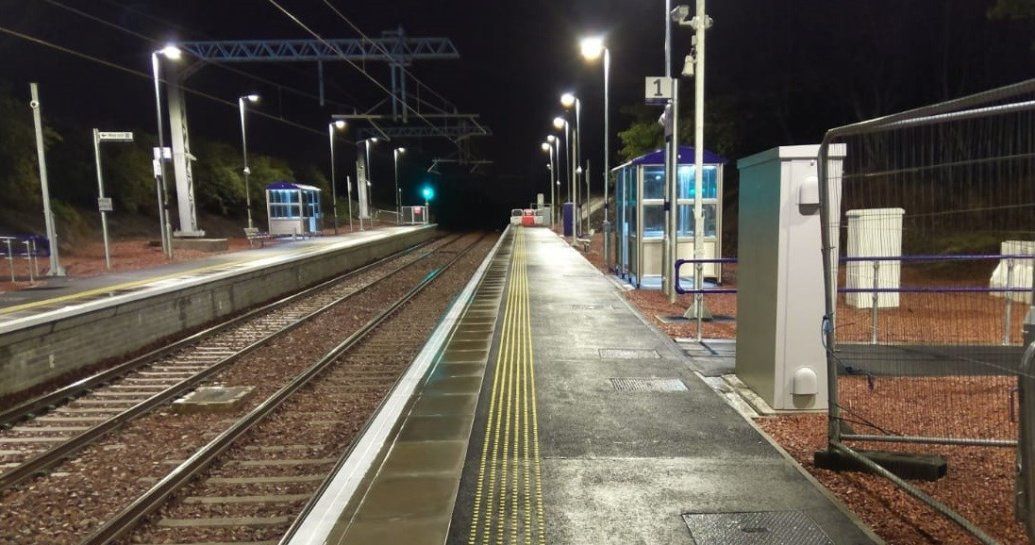 In June 2017 Network Rail announced that they had begun consultation on the proposed closure of Breich station due to low patronage and an inability to justify the major expenditure to update the station prior to electrification of the line. Only 15 months later and following an overwhelming response to the consultation in favour of keeping the station open, Breich has re-opened to passenger service following a 12 week closure to enable a £2.4m redevelopment.

The major re-development has seen work to ensure that the platform lengths and heights are compliant with the electrified railway environment and suitable for the new electric trains that will be introduced on the route.

As well as the full reconstruction of both platforms, the redevelopment has delivered a new ramped footpath to the Edinburgh bound platform on the north side of the station, re-profiling of the access ramps and the embankment on the south side to make it easier for customers to get in and out of the station.

Work is still ongoing with completion expected to be fully complete next month, this will also include the addition of improvements to the lighting, CCTV, customer information systems, ticket machines and validators and waiting shelters.

The station redevelopment is part of a £160m Scottish government funded investment to upgrade and electrify the line to improve reliability and enable the introduction of electric trains on the route by March 2019.

Brian Mallon, Network Rail programme manager for the Shotts Line electrification project said: “We know that closing stations is never a popular choice for passengers but in this case , it was the most efficient way to deliver the work while trains continued to operate on the line and carry passengers to and from nearby stations.

“It is important that we have stations that are safe and compliant in the newly electrified railway environment but also that provide a better overall experience for passengers using the railway.

“We appreciate the cooperation of station users and the local community and thank them for their patience as we deliver this investment to upgrade the station.”