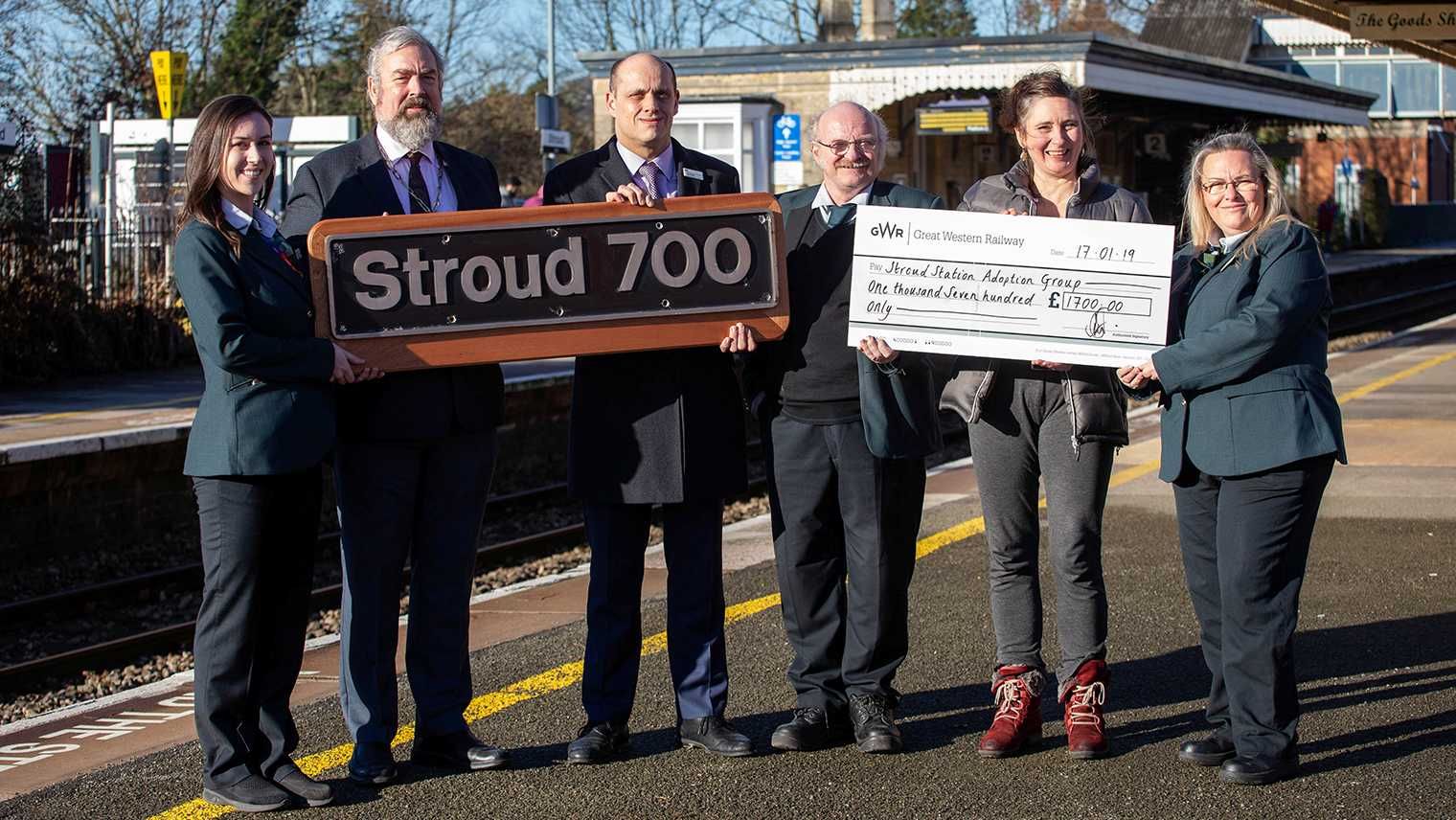 As the Great Western Railway (GWR) High Speed Train fleet is gradually replaced by the new Intercity Express Trains, a nameplate carried by one of the iconic locomotives has been presented to the town of Stroud.

43143 was named 'Stroud 700' in 2004 marking 700 years since the incorporation of the town in 1304 and the nameplate has been presented to the town. The second nameplate on the locomotive was also auctioned, raising a magnificent £1700. This will be donated to Stroud Station Adoption Group who will invest the money into various station and community projects.

"Although we’re sad to see “our” train – Stroud 700- retire, the Town Council is delighted to receive this important piece of railway history that celebrates the town’s long-standing links with the railway.

"In the 21st century the station and the railway is still as important to the town as it ever was; maybe more so at a time when we look to achieve sustainable transport solutions and to ensure a thriving future for our historic market town.”

“Naming trains and locomotives is an integral part of the railway, a unique way to recognise and celebrate the people and communities we serve. We are thrilled to be able to present to Stroud this nameplate as a reminder of the important link between Stroud and GWR.”