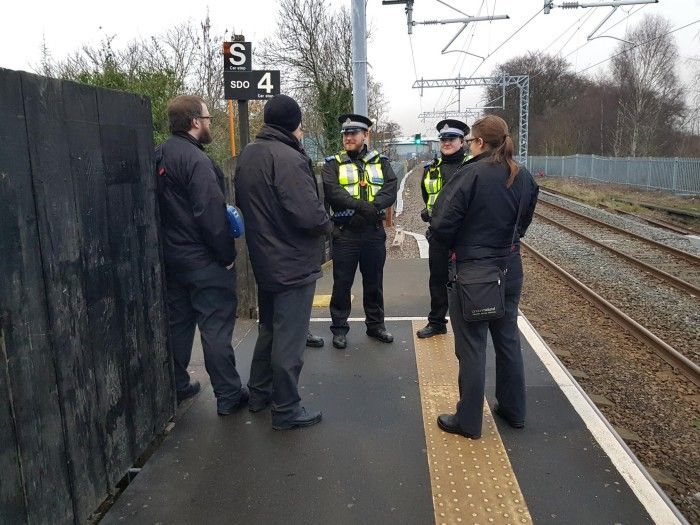 Following reports of an increase in ticketless travel and antisocial behaviour on the Chase line, West Midlands Railway clamped down on Friday 18th January when a total of 25 revenue protection managers were stationed at six locations on the line.

This is the first time in two years that revenue checks in place at multiple stations on the line simultaneously and the exercise was a success with 83 penalty fares handed out. Six prosecution notices were also handed out to repeat offenders and fraudulent travellers.

With increasing concerns about fare evasion, antisocial behaviour and assaults on railway staff, six additional revenue protection and security managers have been hired for the region in order to tackle these issues.

All passengers are advised to buy a ticket before boarding where facilities are available - either from station staff, ticket vending machines, online, or via the West Midlands Railway app. Passengers who fail to do so may be issued with a penalty fare which is £20 or twice the full single ticket price for a journey, whichever is greater.

Steven Fisher, head of on board experience for West Midlands Railway, said:

“We want to send a clear message to the minority who have been causing persistent issues on the line between Walsall and Rugeley – that we will be tackling fare evasion and antisocial behaviour, and that we have increased our staffing to enable us to do this more effectively. At the same time, we want to reassure our fare paying passengers that we are doing all we can to make sure everyone has a ticket when travelling on our trains and that all customers and staff can travel safely across our network.

“Where there is evidence that an individual has deliberately sought to fare evade, we can and do prosecute through the court system. This can result in a hefty fine and a criminal record for repeat offenders.”