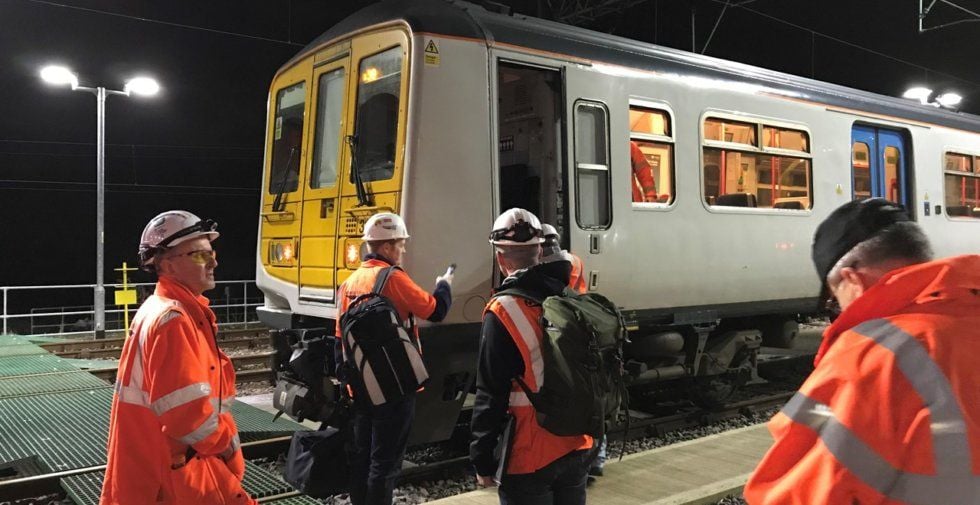 In the early hours of the morning the final high-speed tests were done on the newly electrified railway between Manchester and Preston in order to complete final checks before the arrival of 100mph services in May.

Network Rail engineers made final inspections to the track and new overhead lines whilst on board a Class 319 EMU as it travelled between Preston and Manchester Victoria. The current maximum speed for service trains on the route is 75mph but completion of this testing regime will allow this speed to be raised to 100mph.

The results of this test will be throughly checked before being handed over to the Office of Rail and Road for verification. Once this is done 100mph services will be able to run on the route when new timetables come into effect in May.

“Following the successful introduction of electric passenger trains on the Manchester to Preston railway last week, last night we completed our last test as part of the project to allow trains to run up to 100mph.

“High speed testing of the overhead wires will support the introduction of greener, faster and more frequent trains – a key aim of the Great North Rail Project to help transform rail travel across the North.

“I would like to thank local people for their patience while we have completed this transformational upgrade.”