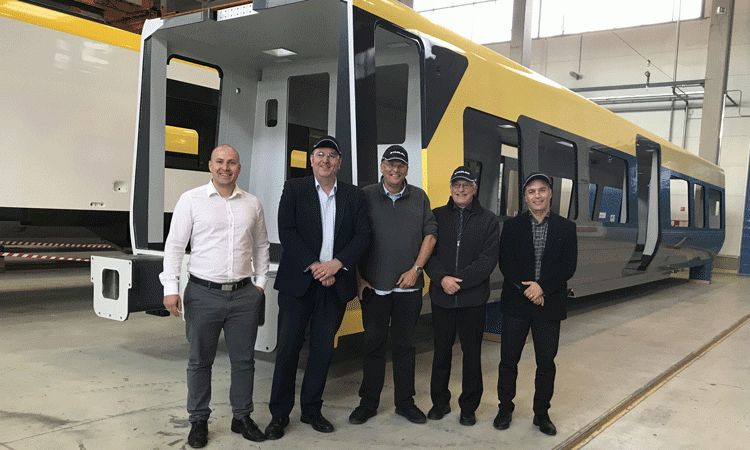 Progress is now moving well on the new Stadler built Merseyrail fleet with final assembly due to start on the first completed car bodies.

Stadler project manager Fadi Khairallah said that the project is now entering an exciting stage, remarking that they are “really starting to look like trains”.

It is expected that the car bodies will be transported to Altenrhein, Switzerland by the end of September where work will begin to attach the remaining components in order to form complete trains. This includes the all important bogies along with wiring, flooring, windows, seats and other key internal fixtures. In March 2019, it is also expected that work will also take place in Siedlce, Poland.

Manufacturing of the first train is expected to be complete by early 2019, ahead of extensive static testing. Trains will then be sent for testing on the Merseyrail network later that year before a full introduction of the entire fleet by 2021.

Merseytravel rolling stock programme director David Powell said: “We have just completed the ‘first article inspection’ of the bodyshells for our first new train. The quality of the product produced at Stadler’s Szolnok plant fully meets Merseytravel’s expectations and they are now ready for transportation to Switzerland where assembly will get underway.”