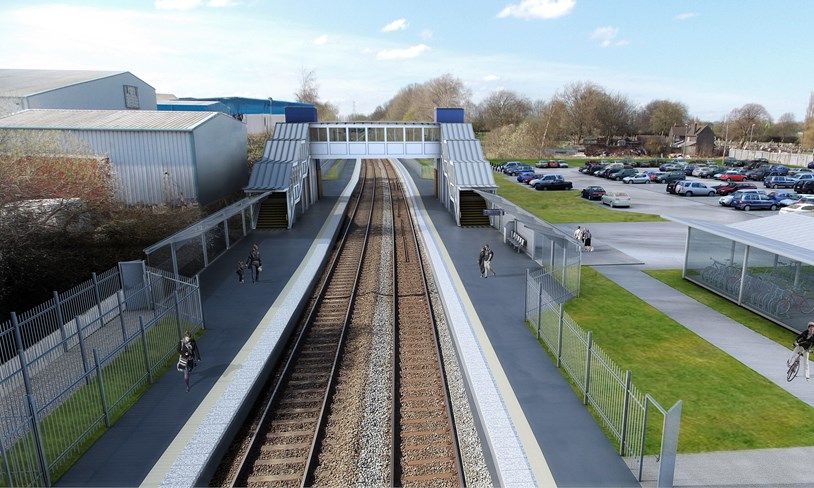 Plans have been unveiled this morning for two new passenger rail stations on the Walsall to Wolverhampton rail line at Darlaston and Willenhall. The original stations were closed in 1965.

Transport chiefs now want to hear the views of local residents through a consultation that starts on 4th March and at six drop-in sessions that will take place over the next four weeks. The stations will give the people of Darlaston and Willenhall vastly-improved access to jobs and opportunities in the centres of Wolverhampton, Walsall and Birmingham.

The plans have been drawn up by the West Midlands Rail Executive (WMRE) and Transport for West Midlands (TfWM) and the majority of funding for both projects will come from the region's HS2 Connectivity Fund. It is anticipated there will initially be an hourly service between Wolverhampton and Walsall stations and an hourly service between Birmingham New Street and Wolverhampton.

"The publication of these plans is the next major step towards bringing passenger rail services back to the Wolverhampton to Walsall line. The opening of these stations is just one part of our plans to regenerate and revitalise this part of the Black Country. They will help unlock swathes of land for industrial, commercial and housing development between Wolverhampton and Walsall."

"The reopening of this rail line will be good for Wolverhampton business and offer people easier and faster services to Walsall and beyond. It will also encourage regeneration and the opportunity to develop new housing and industry along the rail corridor."

"This is fantastic news for the people of Darlaston and Willenhall who have been waiting to see passenger services restored. Alongside the new station will be a 300-space long-stay car park which can play a major part in tackling the congestion on our streets and keeping the region moving."

"The reopening of these two stations will benefit many people in surrounding communities. We welcome to work of West Midlands Rail Executive and other partners to bring these stations to life, and encourage local residents to engage with the consultation on the new station plans. With our £1bn worth of investment into our network over the coming years, including new trains and increased capacity on routes across the West Midlands."

The drop-in events are as follows: