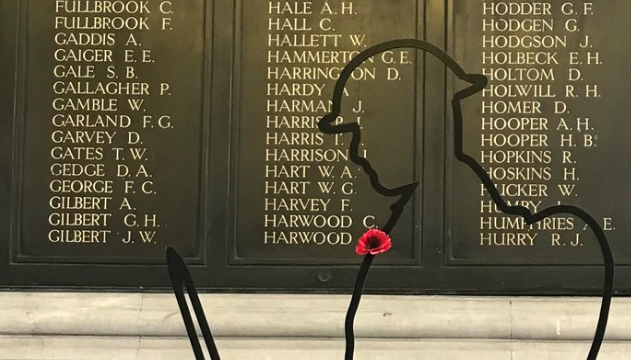 South Western Railway (SWR) have announced that they will honour the armed forces community on 11th November by offering free travel for serving troops, veterans and cadets. Armed forces personnel will be allowed to use any SWR service for free, allowing them to travel to locally organised events or to the Cenotaph in London for the national commemoration.

In order to take advantage of this, eligible personnel need to either be in uniform or be able to show an identification card with their branch of the military stated (British Army, Royal Air Force or Royal Navy). The offer is also open to members of the cadet forces in uniform and veterans who display valid identification, such as the MOD issued Veteran's Badge.

SWR places great importance in supporting Remembrance Sunday, especially as many staff are ex-members of the armed forces.

“Remembrance Day is a solemn occasion where we remember those who made the ultimate sacrifice to help keep us safe. This year will be especially poignant as we reflect on the centenary of the end of the First World War. We support the Royal British Legion as a significant number of our team come from a service background and are pleased to honour the armed forces with this offer of free travel. We want to make it as easy as possible for people to attend local, regional and national events on this important day.”

“As we mark the end of the First World War centenary in this historic year, we are calling on the nation to say ‘Thank You’ to the First World War generation, not only the British Armed Forces, but those who fought alongside them from today’s Commonwealth, the countless men, women and children who played their part of the home front and the pioneers and artists who have left long lasting legacies. The Royal British Legion is grateful to South Western Railway for giving Armed Forces personnel free travel on 11 November and helping them to pay their own respects to the First World War generation and others who have given so much to enable us to enjoy the freedoms we have today."