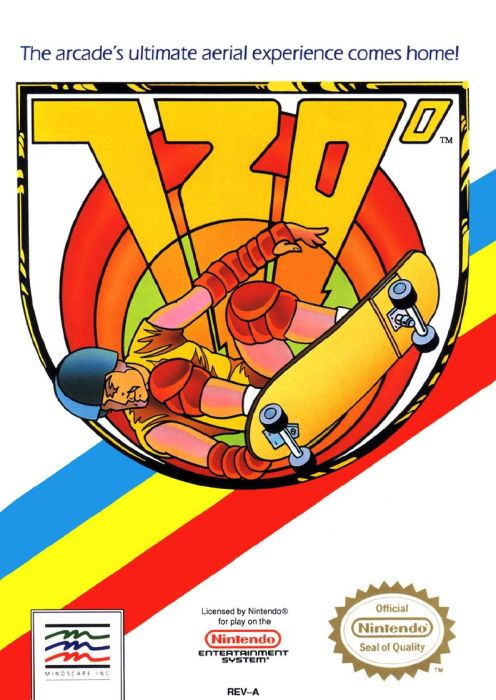 Click one of the buttons below to buy 720° NES. Different vendors often have sales at different times, always check all vendors for the 720° NES lowest price.

*720° is a 1986 skateboarding arcade game by Atari Games in which the player controls a skateboarder skating around a middle-class neighborhood. By doing jumps and tricks, the player can eventually acquire enough points to compete at a skate park. The game's name comes from the "ultimate" trick, turning a full 720° (two complete circles) in the air after jumping off a ramp.

The game was ported to the Commodore 64 (twice) in 1987, the Amstrad CPC and ZX Spectrum in 1988, the Nintendo Entertainment System (NES) in 1989, and the Game Boy Color in 1999. There is also an unreleased port for the Atari Lynx. Sinclair User described it as "US Gold's finest hour".