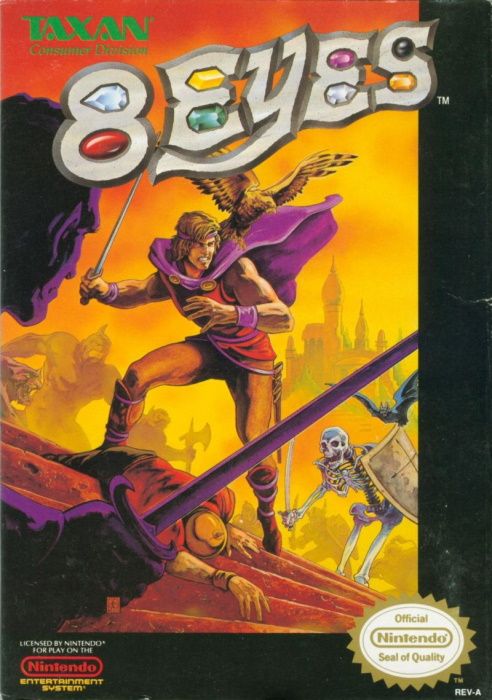 *8 Eyes (エイト・アイズ, Eito Aizu) is a 2D action platform game developed by Thinking Rabbit for the Nintendo Entertainment System. The game features eight levels, and can be played by one or two players. It also features a large, diverse soundtrack, composed by Kenzou Kumei, often quoting from the operatic repertoire, consisting of three pieces for each of the eight levels, each set in a different part of the world.

The game consists of eight levels, each set in the castle of one of the dukes. At the completion of each level, Orin receives a new sword. The player can choose to play each of the first seven castles in any order, though the boss at the end of each is vulnerable to only one sword. It is therefore easier to play levels in a particular order. There are hints about the correct order hidden throughout the game. Only after each has been completed can the House of Ruth be played.