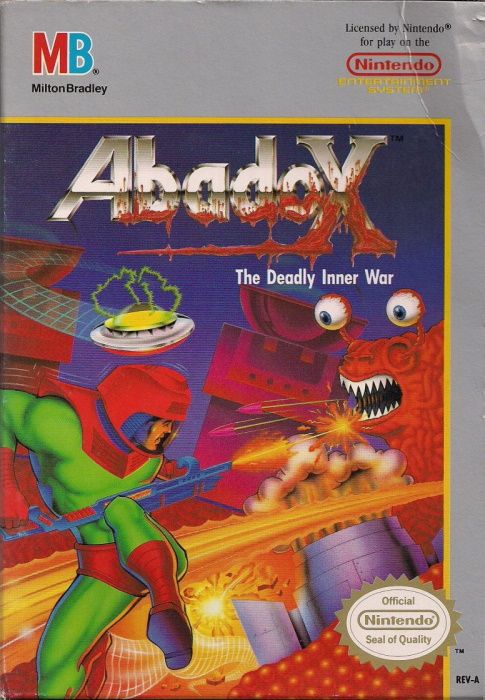 *Abadox (アバドックス, Abadokkusu) is a video game for the NES, subtitled The Deadly Inner War. It is a side-scrolling shoot 'em up in the vein of Gradius and R-Type. The game is notable for its unique visual design, as the game takes place inside the intestinal tract of a giant alien organism. Abadox is also known to be difficult, since it takes one hit from an enemy projectile to be killed. In Abadox, if a player is killed, one must restart from a checkpoint passed before death.

The music and sound effects for Abadox were produced by Kiyohiro Sada (credited as K. Sada), who composed music for several NES games from Konami, such as Contra, Blades of Steel and Rush'n Attack.