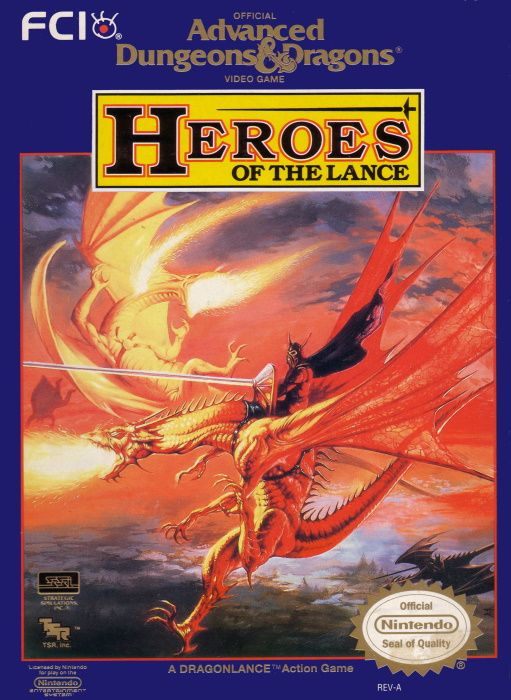 Click the button below to buy Advanced Dungeons & Dragons: Heroes of the Lance NES.

*Advanced Dungeons & Dragons: Heroes of the Lance is a video game released in January 1988 for various home computer systems and consoles. The game is based on the first Dragonlance campaign module for the Dungeons & Dragons fantasy role-playing game, Dragons of Despair, and the first Dragonlance novel Dragons of Autumn Twilight. Heroes of the Lance focuses on the journey of eight heroes through the ruined city of Xak Tsaroth, where they must face the ancient dragon Khisanth and retrieve the relic, the Disks of Mishakal.

Heroes of the Lance is a side-scrolling action game. The game uses actual Dungeons & Dragons statistics, with statistics for the characters exactly as they were in the rule books. Eight heroes from the Dragonlance novels series must be assembled for the quest, and only one is visible on the screen at a time; when one on-screen hero dies, the next in line appears.

Click below to view/download a PDF version of the Advanced Dungeons & Dragons: Heroes of the Lance NES manual