Adventures in the Magic Kingdom NES 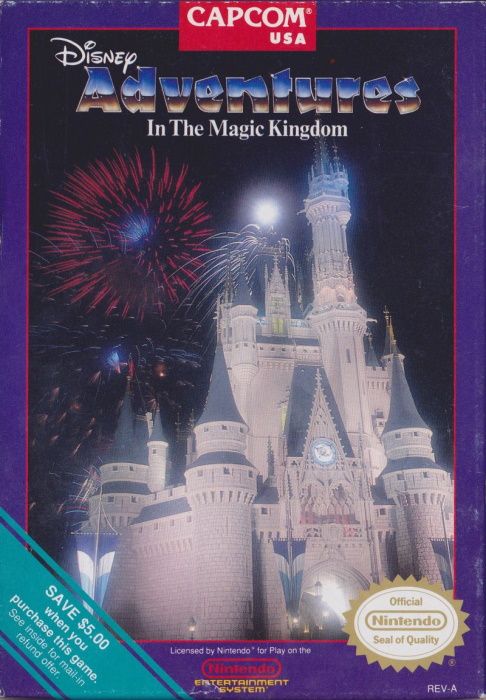 *Adventures in the Magic Kingdom is a video game released on June 1, 1990 for the Nintendo Entertainment System. Its soundtrack was composed by Yoko Shimomura. The game was released in five different regions (British Isles, North America, France, Scandinavia, and Australasia), using three different retail covers. The game places the player as a nameless main character, for whom the player can enter a name at the start of the game, into a hub-and-spoke Disney park heavily based on the company's Disneyland, Magic Kingdom, and Tokyo Disneyland parks.