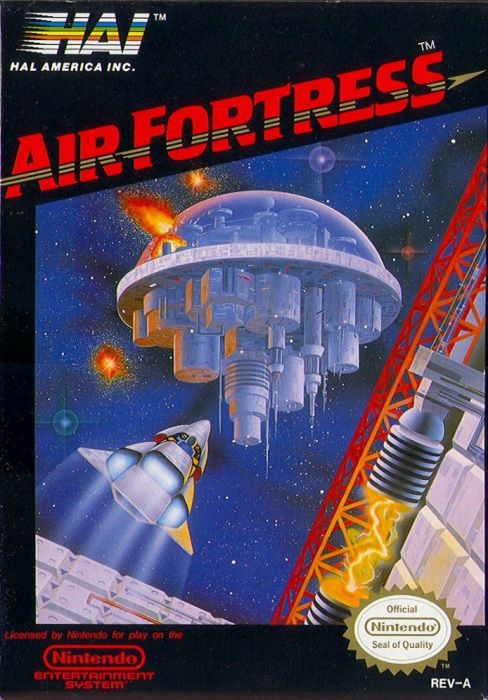 Click one of the buttons below to buy Air Fortress NES. Different vendors often have sales at different times, always check all vendors for the Air Fortress NES lowest price.

*Air Fortress (エアーフォートレス, Eā Fōtoresu) is a video game published in Japan for the Famicom in August 1987, in North America for the Nintendo Entertainment System in September 1989 after an initial test release of 385 copies in 1987, and a PAL release exclusively in Australia in 1989.

As Hal Bailman, the player infiltrates the progressively more challenging Air Fortresses. Each Air Fortress has two levels: the Air Base and the Fortress itself