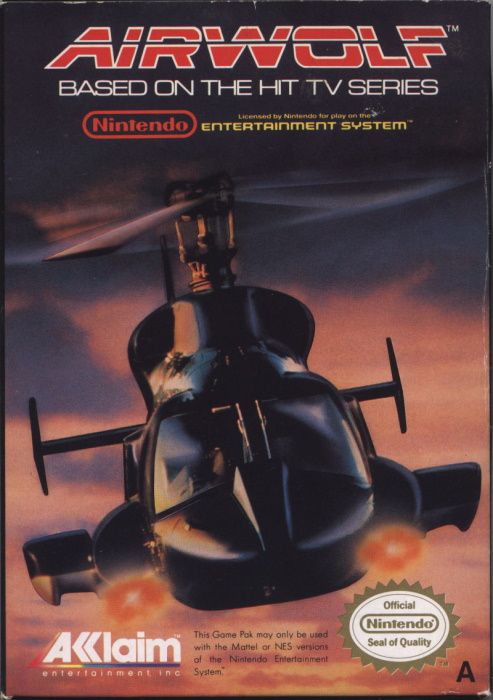 Click one of the buttons below to buy Airwolf NES. Different vendors often have sales at different times, always check all vendors for the Airwolf NES lowest price.

The NES version was not a port of the arcade game, but was instead developed by Beam Software and released by Acclaim in 1988. The game places the player in the cockpit of the Airwolf helicopter attempting to shoot down enemy aircraft and rescue prisoners.

The game contains thirty missions, each with the objective being to rescue prisoners being held captive in enemy bases. The layout of each level changes as the player progresses. Airwolf is equipped with missiles and a machine gun in order to fend off enemy craft and their weapons. In order to successfully complete a mission, the player must rescue all prisoners and reach the border of the level without losing all of their lives.