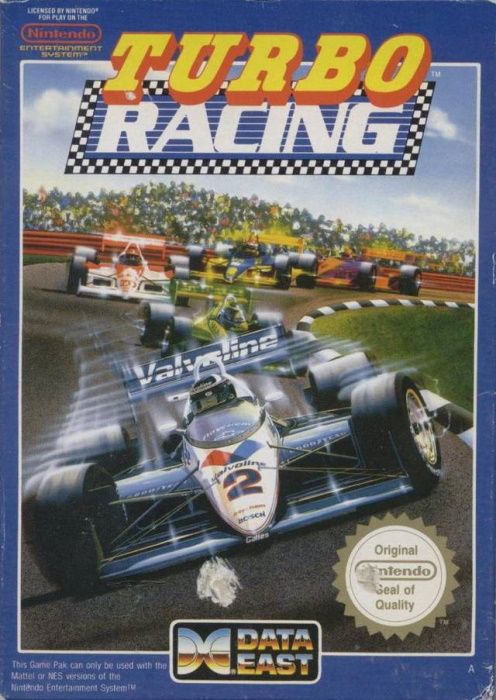 *Al Unser Jr.'s Turbo Racing is a racing video game for the Nintendo Entertainment System console released in 1990. It is an adaption of the 1989 Japanese-market Famicom game World Grand Prix - Pole to Finish (ワールドグランプリ ポールトゥフィニッシュ), with the most notable changes being the addition of Unser as an in-game coach, the number of laps, sound and interface design. This game features a season mode and two time trial modes. In season mode the player uses either Al Unser Jr. or make their own driver.

Versions released outside North America were simply titled Turbo Racing with all references to Unser removed, due to the relative obscurity of CART and Unser outside of North America.

Click below to view/download a PDF version of the Al Unser Jr.'s Turbo Racing NES manual