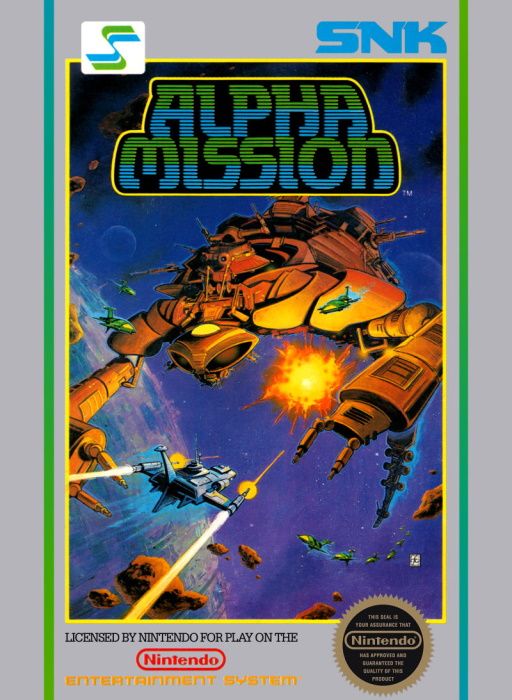 Alpha Mission is a one-player scrolling shooter game in its segregation of air-to-air and air-to-ground weapons. Missiles are used to destroy ground enemies, while laser-like weapons are used for aerial opponents. Throughout each of the levels, the player must fight off waves of enemies that threaten several space stations and a boss must be defeated at the end of each.