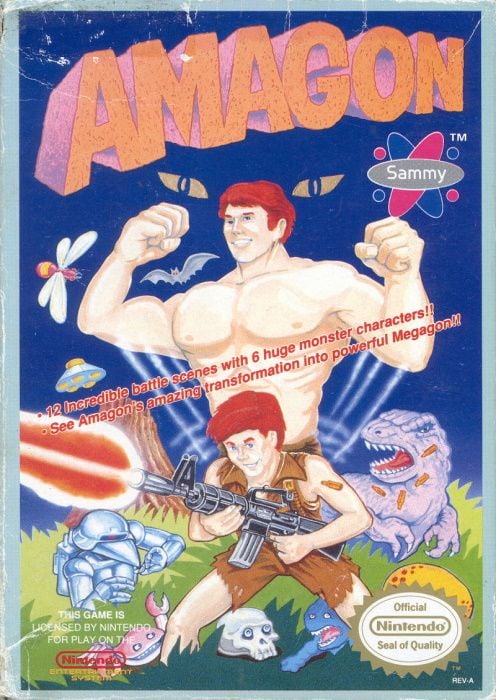 In the game, players take the role of Amagon, a Marine who is trapped on an island after his plane crashed. Inconveniently, his rescue ship is on the other side of the island, which Amagon must now cross on foot.

The storyline written in for the original Japanese release was somewhat different. The main character is a scientist named "Jackson", who transforms into his "Macho Man" form, using the special drug "Macho Max" that has been taken from his plane, by the creatures of "Monster Island".