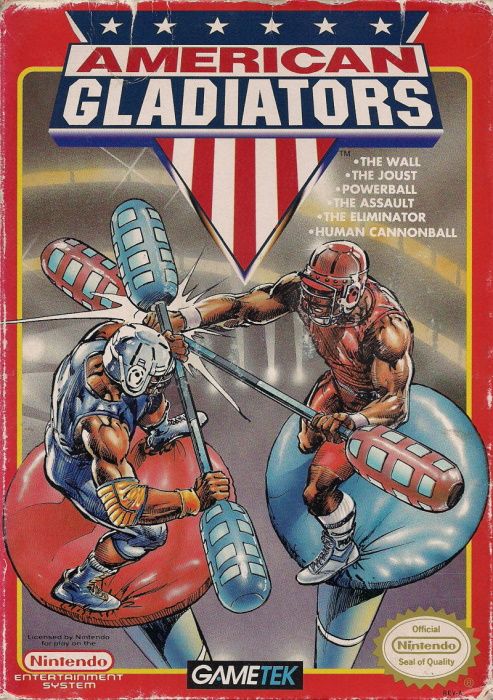 *American Gladiators is a video game made in 1991 by Incredible Technologies for the Amiga, Sega Mega Drive/Genesis, Super NES and Nintendo Entertainment System. It is based on the television game show, American Gladiators.

The NES version varied greatly from the others as well as the game show itself in that the events were morphed into side-scrolling and overhead mini-levels that only partially resembled the real-life events. Each joust event involved four different gladiator battles atop platforms which needed to be won, with a series of joust platforms to be jumped across in between battles.