Click one of the buttons below to purchase this Train Simulator DLC. Different vendors often have sales at different times, always check all vendors for the Amtrak F40PH ‘California Zephyr’ lowest price.

Built by the General Motors Electro-Motive Division from 1975 into the early 1990s, the F40PH was built specifically for Amtrak to haul short passenger services. However, it soon proved its versatility and before long the F40PH was hauling long-distance passenger trains such as the famous California Zephyr. Other operators also ordered a number of these locos, including Via Rail Canada, GO Transit and NJ Transit. With a 3,000 horsepower diesel engine, the F40PH had a top speed of just over 100mph and though most of Amtrak’s units have been retired, they have continued in service with other owners across North America including CSX, Metra and MBTA. The California Zephyr has been a legendary name for railroad fans since it first ran in 1949. Running from Chicago, Illinois to Emeryville, California and passing through 7 states, the current Amtrak California Zephyr first ran in 1983 and still rolls along its scenic 2,400-mile route every day.

The F40PH for Train Simulator recreates the Amtrak Phase III colour scheme and includes Amtrak Super-Liner Phase II and Phase III passenger cars including coach, diner and sleeper, and baggage cars. Drive the included scenarios for the Donner Pass (also available on Steam) or select Quick Drive and drive the F40PH wherever you want. 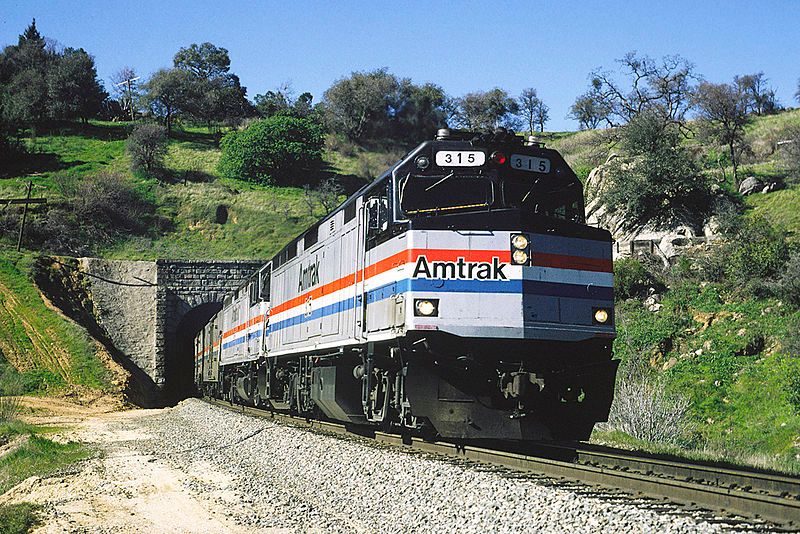