On May 1, 1971, Amtrak took over most passenger-train operations in the United States and faced an immediate need for diesel motive power. Amtrak contracted with Electro-Motive for a new model – to be designated SDP40F – and soon ordered 150 of the husky diesels.

The SDP40F utilized many of the components of EMD’s successful freight-service SD40-2. Like the SD40-2, the SDP40F was rated at 3,000 horsepower and powered by an EMD 645-series, turbocharged, two-cycle V-16 power plant. The big six-axle passenger diesel was wrapped in EMD’s distinctive “cowl” carbody and, with steam generator and water tank, weighed in at nearly 400,000 pounds.

Amtrak’s 150 SDP40Fs (Amtrak 500-649) rolled out of EMD’s plant between June 1973 and August 1974, but the tenure of the big diesel was tarnished by problems including derailments at speed and Amtrak soon chose to build its diesel fleet of the future around the more versatile and nimble EMD F40PH. Amtrak would retire its last SDP40Fs in the early 1980s, but while the service careers of the SDP40Fs on Amtrak were relatively short, the big diesel nonetheless served a historic role for the passenger carrier and endured long enough to wear three Amtrak liveries (Phase I, II, and III), each of which are included in this DLC. As an extraordinary bonus, the Amtrak SDP40F pack, masterfully created by DTM, also include a complete set of Amtrak’s ex-Santa Fe high-level cars as made famous in Santa Fe service on the El Capitan/Super Chief and Texas Chief, and which served Amtrak for decades. Four scenarios for the Donner Pass Southern Pacific route (route available separately) are featured in the pack. 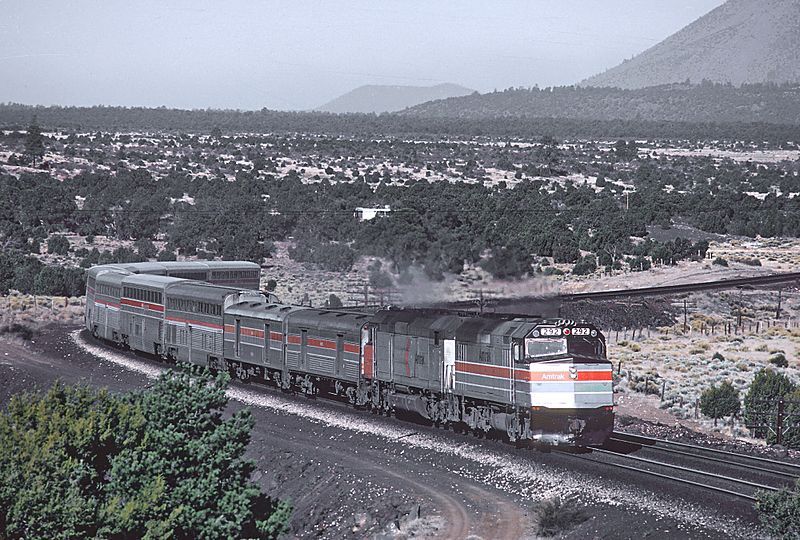