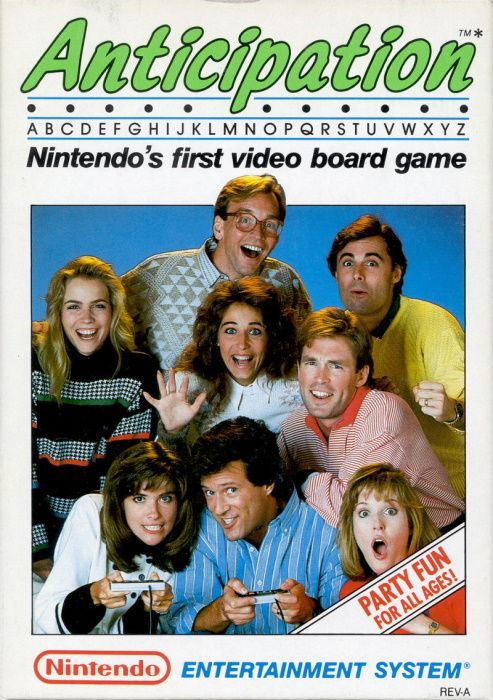 Click one of the buttons below to buy Anticipation NES. Different vendors often have sales at different times, always check all vendors for the Anticipation NES lowest price.

*Anticipation is a video board game developed by Rare and released by Nintendo for the Nintendo Entertainment System (NES) in 1988. It is playable in either single-player or multiplayer mode, with up to four players competing against each other and/or computer-controlled opponents.

Before the game begins, the number of human and computer players must be chosen, as well as the difficulty setting. There must always be at least one human player, and the total number of players (human plus computer opponents) can be no more than four. Players use the controllers to buzz in during the game; if more than two players are competing, they may either share the controllers or use the NES Four Score to allow each one to have his/her own.