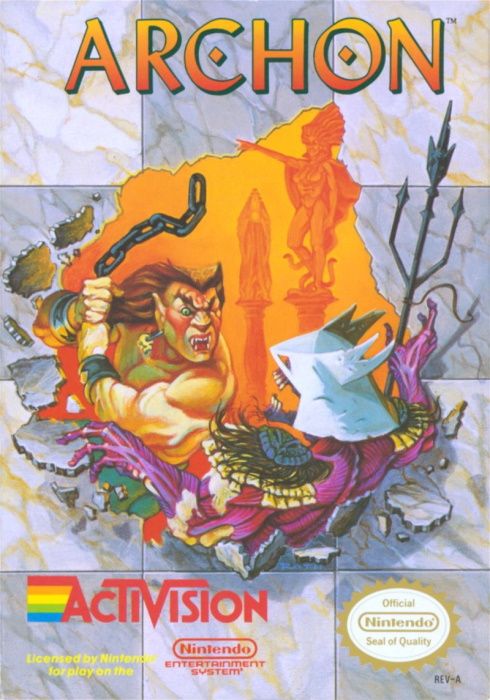 *Archon: The Light and the Dark is a 1983 video game developed by Free Fall Associates and one of the first five games published by Electronic Arts. It is superficially similar to chess, in that it takes place on a board with alternating light and dark squares; however, instead of fixed rules when landing on another player's piece, an arcade-style fight takes place to determine the victor, and each piece has different combat abilities. These abilities are enhanced when landing on a square of one's own color.

Archon was originally written for the Atari 8-bit family and then ported to the Apple II, Commodore 64, Amstrad CPC, ZX Spectrum, Amiga, IBM PC, Macintosh, PC-88, and NES. It was designed by Paul Reiche III (who also created the graphics for the game) and Jon Freeman and programmed by Anne Westfall.