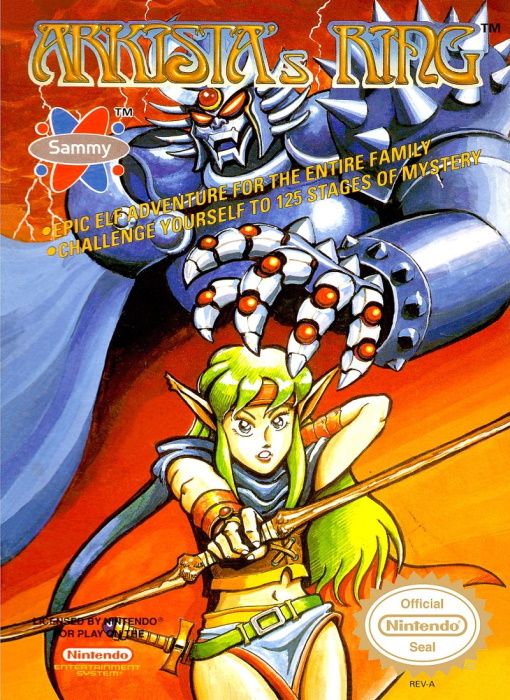 Click the button below to buy Arkista's Ring NES.

*Arkista's Ring is an action-adventure game developed and published by American Sammy for the Nintendo Entertainment System in 1990. The game is set in a fantasy world where the player controls a female elf named Christine, in her quest to find the titular magic item.

The Elven ring of Arkista has been stolen by the villainous Shogun, who has cast the entire Elven Kingdom into darkness. The only hope for the Elves is that their strongest warrior, Christine, equipped with only her trusty bow and arrows, can travel throughout the Kingdom and retrieve the ring.