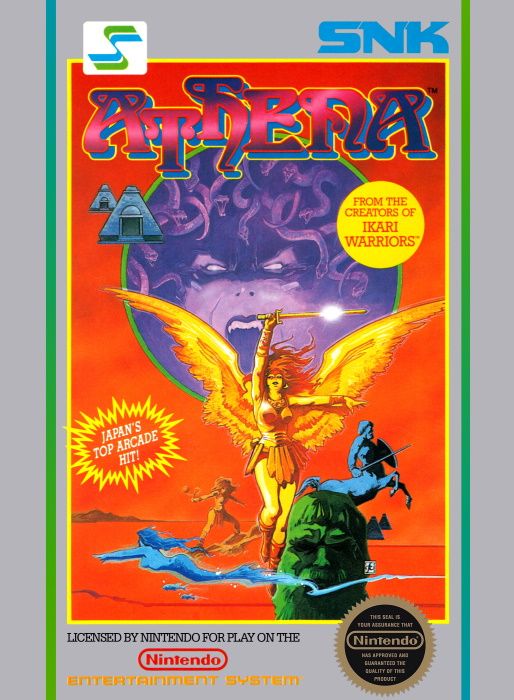 *Athena is a platform arcade game, produced and published in 1986 by SNK. It was later ported to the NES, developed by Micronics. Conversions were done also for the ZX Spectrum, Commodore 64 and Amstrad CPC in 1987 by Ocean Software under their Imagine label. However, only the NES version was released for North American homes until the PlayStation Network saw a release of the arcade original in 2011.

Both the arcade and NES versions of Athena are included in SNK 40th Anniversary Collection, released for Nintendo Switch and PlayStation 4 in 2018. The game's protagonist, Princess Athena, has gone on to appear in later fighting games by SNK as a secret character or assistant to her descendant Athena Asamiya, a frequent main character in these games.