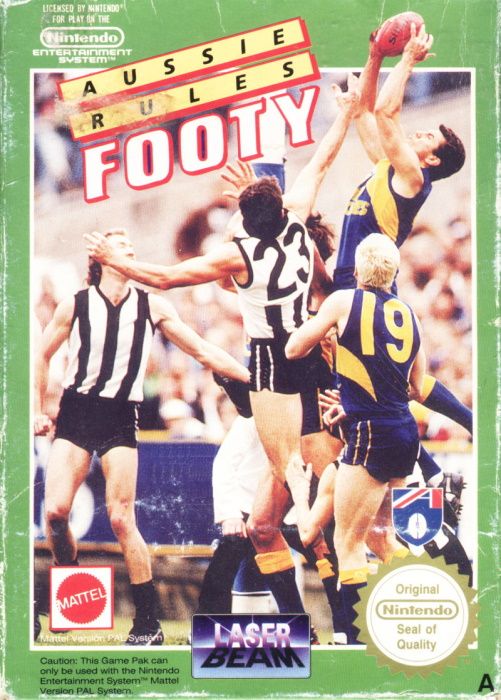 Click the button below to buy Aussie Rules Footy NES.

*Aussie Rules Footy is the first AFL simulation video game for the Nintendo Entertainment System. It was developed by Melbourne based Beam Software and published under their "Laser Beam" publishing title in 1992. The release was Australian-only with distribution handled through Mattel's Australian operations.

The teams in the game are based on 14 of 15 teams in the 1991 AFL season. However, despite West Coast Eagles players being depicted on the games cover, within the game itself the Western Australian team was simply known as Perth. In addition, fictional teams based in Darwin, Canberra and Hobart were playable in the game.