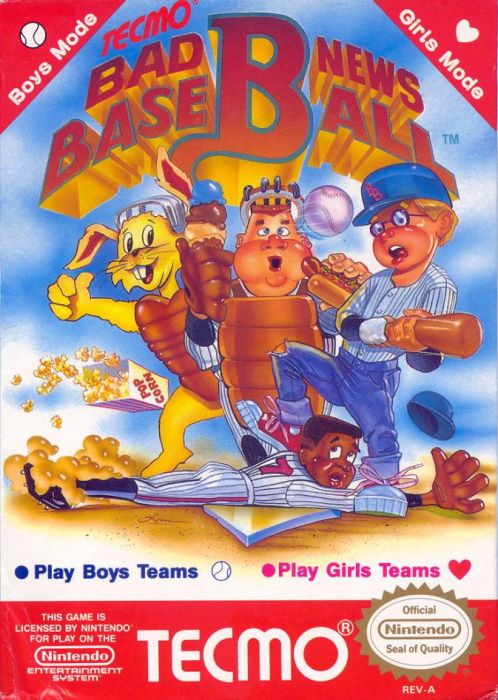 *Bad News Baseball, originally released as Gekitō!! Stadium (激闘スタジアム, Gekitō Sutajiamu, lit. "Fierce Fighting!! Stadium") in Japan, is a baseball game for the Nintendo Entertainment System. The goal for players is to defeat every other team in the game. Gameplay could continue indefinitely until this occurred.

The game lacks a season mode. Instead, in the one-player mode the player's goal was to defeat every other team featured in the game in the order of their choosing in a round robin style. Wins and losses were not recorded, and the player could continue playing indefinitely until all other teams were defeated. While this meant that there was no set schedule of games, pitchers did have a stamina rating that once depleted would take several games' worth of rest to recover from. In this way, the game simulated the idea of a pitching rotation.