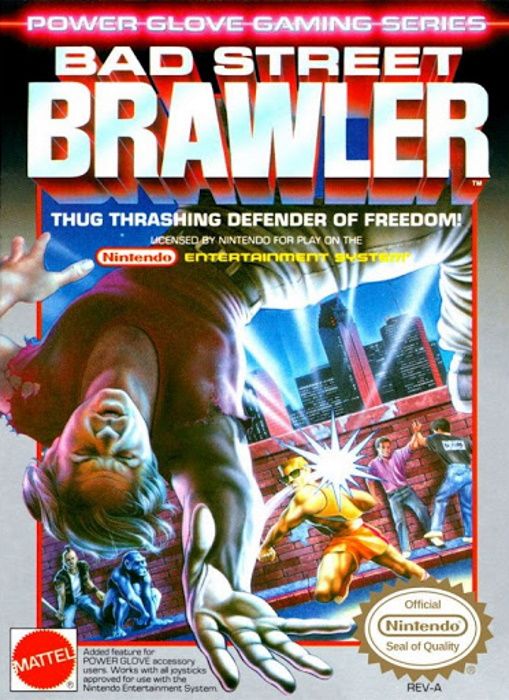 Click the button below to buy Bad Street Brawler NES.

*Bad Street Brawler, originally released as Bop'n Rumble and as Street Hassle in Australia, is a 1987 video game by Beam Software. It was distributed worldwide by Mindscape Inc. and Mattel. It was released for the Commodore 64, MS-DOS, and the NES. The NES version was one of only two NES games specifically  designed for use with Mattel's Power Glove.

The player plays the character Duke Davis, who goes from stage to stage beating up gangsters that get in his way, dressed in a yellow tank top, sunglasses, and yellow pants. He is described as a former punk rocker and the "world's coolest" martial artist.