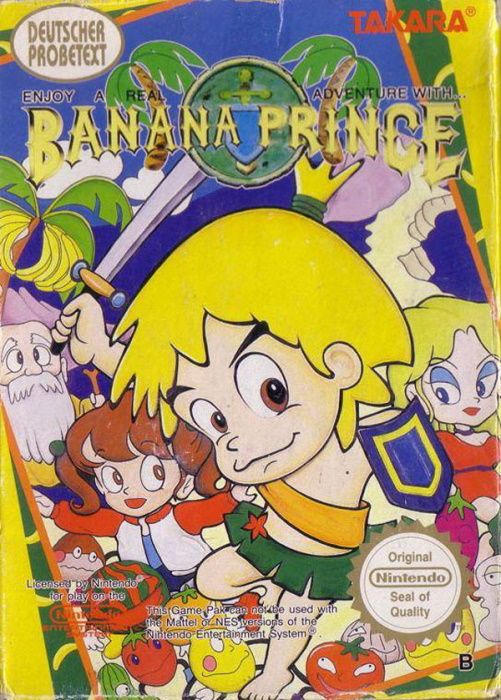 *Banana Prince, known in Japan as Bananan Ouji no Daibouken (バナナン王子の大冒険), is a 2D platform game for the Nintendo Entertainment System (NES). It was released in Japan by Takara on December 20, 1991. The German version, released in February 1992, features slightly different graphics and gameshow questions.

As an Island Native, the Banana Prince is on a quest to retrieve the stolen weapons of the island; along the way he'll pick up companions and even appear on a game show, which allows you to warp to another level. Like Jack and the Beanstalk, he has with him a bag of seeds that allows him to grow a flower and climb it. There are also hidden platforms, and doors that can only be reached by collecting flower tokens (which allow him to grow a bigger flower).

Unfortunately there is no manual currently available for this title