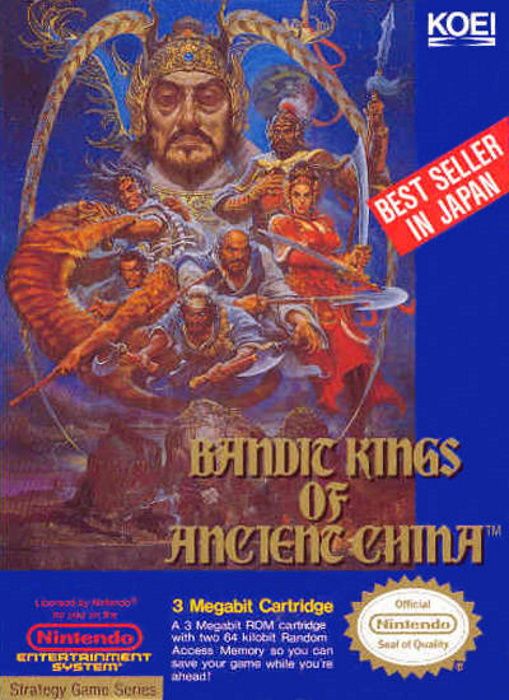 Click the button below to buy Bandit Kings of Ancient China NES.

*Bandit Kings of Ancient China, also known as Suikoden: Tenmei no Chikai (水滸伝・天命の誓い, lit. Water Margin: Oath of Destiny) in Japan, is a turn-based strategy video game developed and published by Koei, and released in 1989 for MS-DOS, Amiga and the Macintosh and in 1990 for the Nintendo Entertainment System. In 1996, Koei issued a remake for the Japanese Sega Saturn and Sony PlayStation featuring vastly improved graphics and new arrangements of the original songs.

Reviewing the NES version of Bandit Kings of Ancient China, Nintendo Power suggested some players might find the game's pace slow compared to action-oriented games, while others would enjoy the game's "depth, involvement, and attention to detail." Compute! magazine praised the game as "one of the most complete and entertaining role-playing simulations available", and gave it an honorable mention in the War/Strategy category of the 1991 Compute Choice Awards.