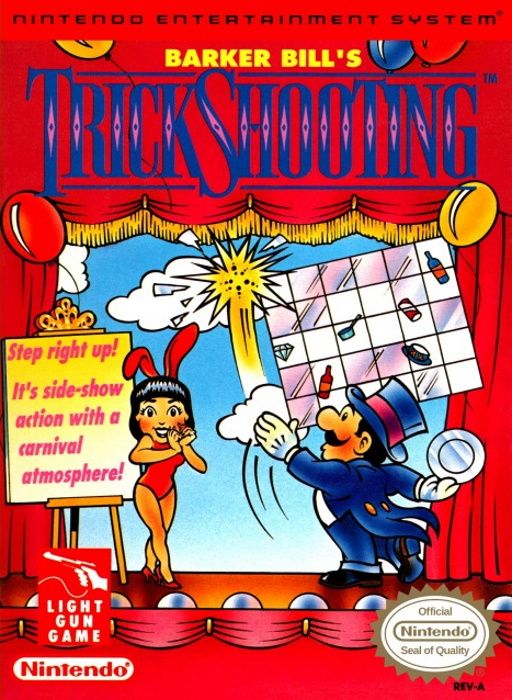 *Barker Bill's Trick Shooting is a light gun shooting game released in North America for the NES by Nintendo in 1990, based on the 1950s television series Barker Bill's Cartoon Show.

Barker Bill's Trick Shooting consists of four carnival-type game modes in which the player uses a Zapper to shoot various objects with your Zapper for points. Higher scores are given for more daring shots: those on the verge of disappearing or breaking award the most points.

The game's soundtrack was composed by Hirokazu Tanaka, the same composer who worked on the music for earlier Nintendo games such as Balloon Fight and Duck Hunt. The high scores music from the VS versions of these games was later remixed by Tanaka himself in Trick Shooting, also playing as a high scores theme. The only difference is that the song is now in the key of C# rather than C, the game uses Tanaka's later sound engine, and there are now digitized drum samples.