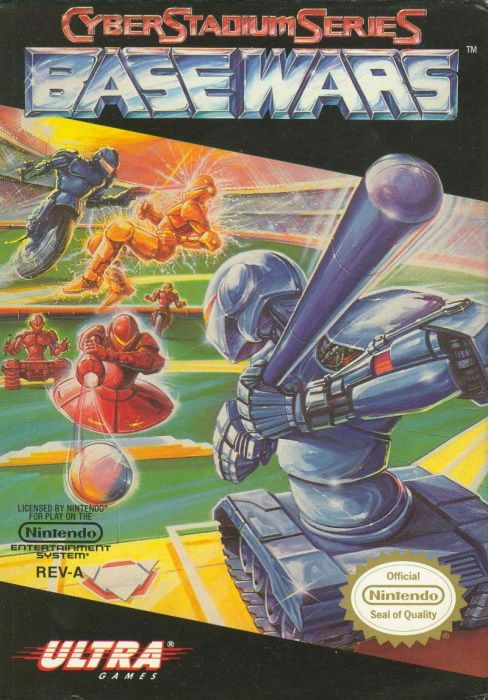 Click the button below to buy Base Wars NES.

*Cyber Stadium Series: Base Wars (commonly shortened to Base Wars or BaseWars) is a futuristically-themed sports game, released for the Nintendo Entertainment System on June 1, 1991. Set in the 24th century wherein baseball team owners have grown tired of paying outrageous player salaries, they decide to replace their rosters with cyborg robots. This was the last NES game released by Ultra Games independently (although it did release several other games developed by other companies for another year afterward for both the NES and Game Boy).

While maintaining basic baseball elements of pitching, batting, fielding, and base running, Base Wars adds a fighting element to the game featuring four robot classes; a traditional cyborg that looks more like an android, a tank, a flybot, and lastly a motorcycle. A player's robots can be upgraded with new and advanced weaponry and repaired with money earned for game wins during tournaments.