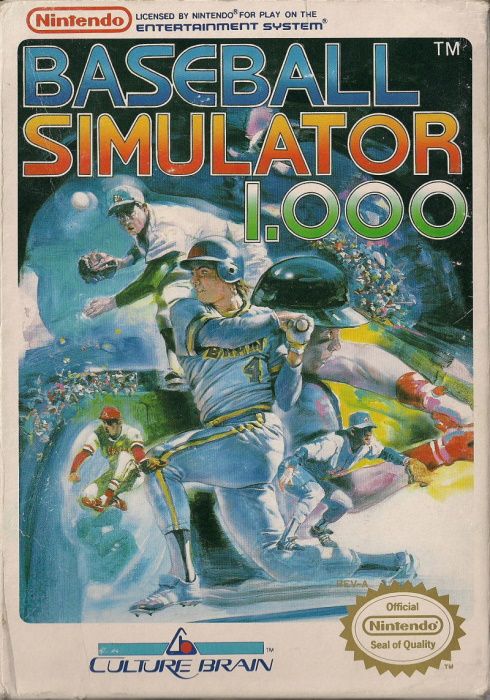 *Baseball Simulator 1.000 (超人ウルトラベースボール, Choujin Ultra Baseball) is a baseball game released on the NES. It was released in 1989 in Japan, 1990 in North America.

In the game, there are four leagues available. The first two contain only normal teams, the third contains only ultra teams, and the fourth allows a player to create their own league from any mixture of normal and ultra teams. A player can either control a normal baseball team or an ultra baseball team with super hitting and pitching plays to boost their chances of winning.

Electronic Gaming Monthly awarded it "Best Sports-Themed Video Game" in their 1989 awards issue, giving it "top honors ... [for] taking liberty with the sport itself." 1up.com listed it as one of the "hidden gems" of the NES, calling it one of the best baseball games for the system.

Click below to view/download a PDF version of the Baseball Simulator 1.000 NES manual