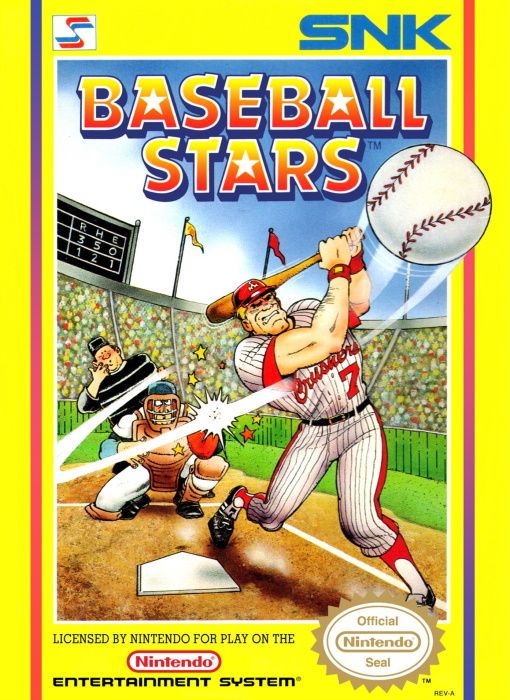 *Baseball Stars is a baseball video game developed by SNK. It was released first as a 2-player baseball arcade game and was later released for the NES in 1989. It became a major hit in many countries worldwide, particularly in the United States, Canada, and Puerto Rico.

Baseball Stars was a critical success, often referred to as the best baseball game on the NES platform, and as such, has become a franchise series for SNK, spawning five sequels, and its "create player" and "create team" functions have become standard features in sports games. IGN placed it at #28 in the article "Top 100 NES Games". Baseball Stars placed #3 on Yahoo!'s "Top 5 Best Old School Sports Video Games". Baseball Stars was once voted most popular baseball game according to a poll taken by Nintendo Power magazine.