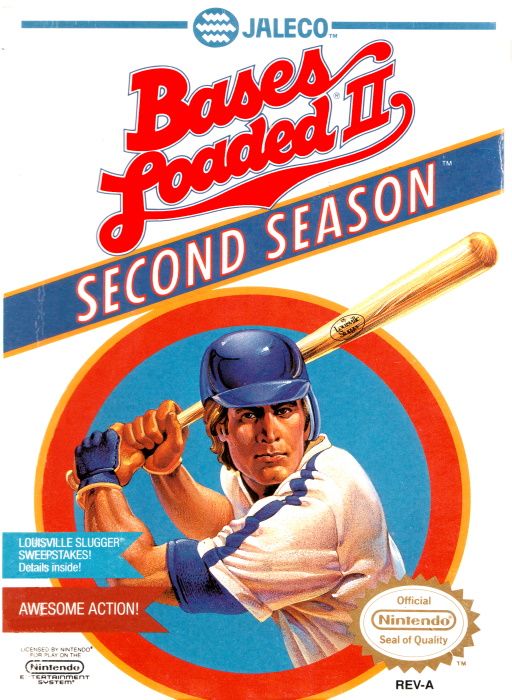 *Bases Loaded II: Second Season, known in Japan as Moero!! Pro Yakyū '88 Kettei Ban (燃えろ!!プロ野球’88決定版, Burn!! Pro Baseball '88 Decision Version), is a video game for the Nintendo Entertainment System released in 1988. It is the sequel to Bases Loaded and is continued by Bases Loaded 3. As opposed to the original, Bases Loaded II (and the sequels) was developed directly for Nintendo's consoles and never saw an arcade version. The game is the second installment of the Bases Loaded series. The game was novelized by Peter Lerangis, as part of the Worlds of Power series published by Scholastic Books.

Like its predecessor, Bases Loaded II offers both a single-game mode and a single- player "pennant race" mode. In the "pennant race", a player must first achieve at least a 75-55 record during the regular season, then win a best-of-7 "World Series" against L.A. or N.Y. depending whether you have chosen a team from the Eastern or Western league respectively.

Click below to view/download a PDF version of the Bases Loaded II: Second Season NES manual