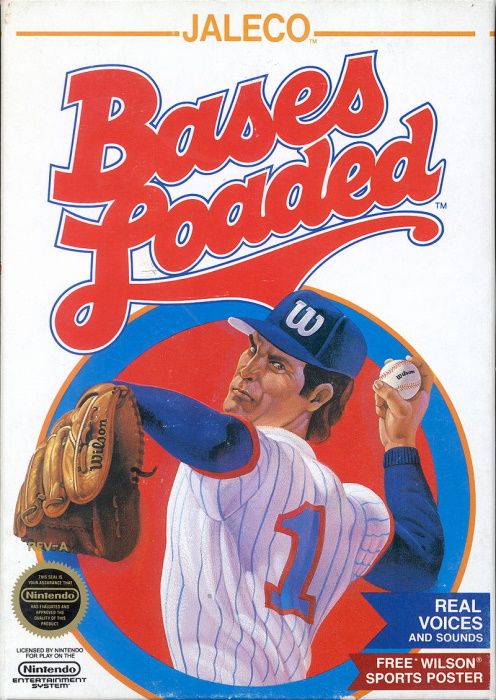 Click the button below to buy Bases Loaded NES.

*Bases Loaded, known in Japan as Moero!! Pro Yakyuu (燃えろ!!プロ野球, lit. "Burn!! Pro Baseball"), is a baseball video game by Jaleco that was originally released in Japan for the arcades. A version for the Nintendo Entertainment System was released in 1987 in Japan and in 1988 in North America, and a Game Boy port was released in July of 1990.

Bases Loaded is also the first in a series of eight sports Famicom games by Jaleco known in Japan as "Moero!!". This series is all generic sports games. Three of the games were localized in the Western Markets as Bases Loaded, Bases Loaded II: Second Season and Bases Loaded 3, while the basketball game was localized as Hoops, the tennis game as Racket Attack and the soccer game as Goal!. Two titles went unreleased in North America and in the PAL regions.