Batman: Return of the Joker NES 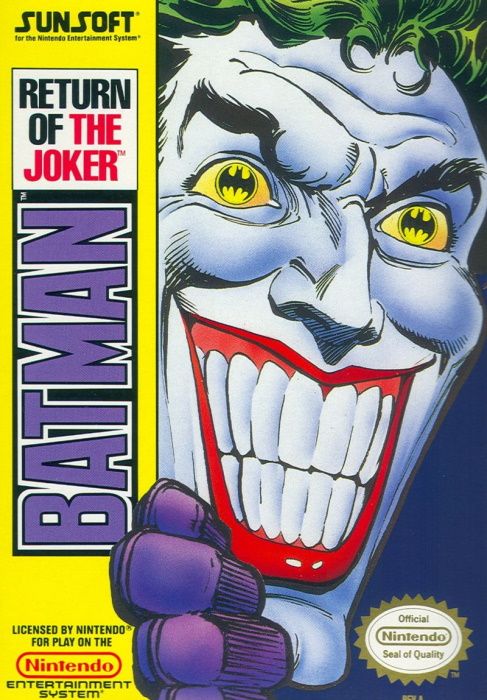 Each version of the game is essentially the same in storyline and format. The story begins with the Joker escaping from Arkham Asylum, and with various henchmen and mercenaries plots to destroy Gotham City by targeting it with missiles with warheads that are filled with his deadly Joker-gas from his secret island base. Batman must survive several side-scrolling levels, as well as defeat five boss levels, to ensure that Gotham is safe.

Click below to view/download a PDF version of the Batman: Return of the Joker NES manual