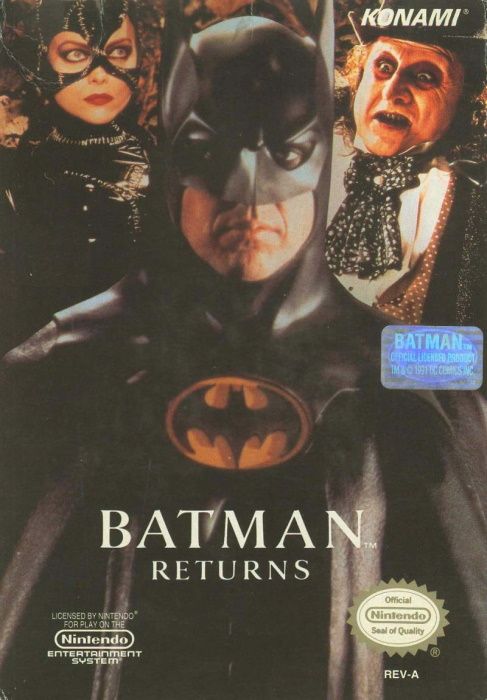 The NES version of the game is also a beat 'em up game, but closer in style and gameplay to the Double Dragon series. The player only has one life bar (which can be expanded through health packs). It implements a password-save system. Of special note are the two side-scrolling racing levels in which the player controls the Batmobile and the Batskiboat.

Reviewing the NES version, Slasher Quan of GamePro said that while the graphics were "sharp and distinct", they were "not even close to an 8-bit masterpiece", and felt that the audio "could be from any Konami action game".