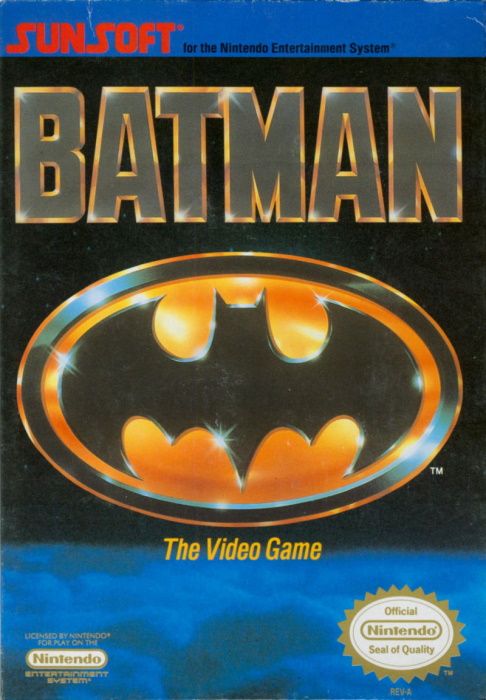 *Batman, also known as Batman: The Video Game, is a group of platform games developed by Sunsoft for the Nintendo Entertainment System and Game Boy, loosely based on the 1989 film of the same name. Despite having the same title, each is actually a different game. The NES title is arguably the best known and contains five levels culminating in a showdown with the Joker in the bell tower of Gotham Cathedral. It was received well despite changes from the movie upon which it was based.

The game has a feature that was unusual in side-scrolling platform games at the time, largely to the NES itself. Unlike Sunsoft's Batman for the Mega Drive/Genesis, which features the grappling hook, Batman has the ability to wall jump, which is reminiscent of Ryu Hayabusa's wall scaling in Ninja Gaiden. He is also able to use three projectile weapons: the batarang, batdisk, and bat speargun, which are powered by pellet cartridges.

The NES version has received positive reviews. Allgame editor Brett Alan Weiss called the game "one of the best superhero games for the NES". The NES version is also considered by many players and reviewers to be one of the most difficult games ever released for the system.

Click below to view/download a PDF version of the Batman: The Video Game NES manual